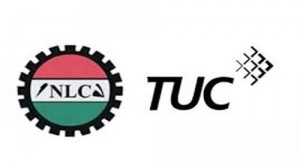 Tuesday made it two days since civil servants in Rivers State started staying away from their offices in compliance with the two-day warning strike ordered by the state chapters of Nigeria Labour Congress, NLC and Trade Union Congress, TUC, to force the Police to allow workers of Obio/ Akpor Local Government Area resume work at the council’s secretariat.

The two unions Tuesday deployed their members to forcibly shut down banks and other public institutions in the state capital.

Some customers at some banks at Mile One end of Ikwerre Road in Port Harcourt confronted some of the members of the trade unions who had gone to enforce the strike order on the bank workers. They wondered why private institutions, such as banks and other related bodies, would be forced to join the strike embarked upon by civil servants in the state to address issues affecting a local government. It took prolonged explanations from members of the unions to calm some of the customers, who were becoming aggressive.

The banks finally complied with the strike order. It will be recalled that the trade unions threatened a two-day warning strike to press home their demand for the Police to vacate Obio/Akpor council secretariat for workers to resume.

State Chairman of NLC, Mr. Chris Oruge, had told newsmen that all they wanted was for the security operatives to allow workers resume at their duty posts.

He said it was disturbing that because of Police presence at the secretariat, staff of the council had not been paid two months salaries, a situation he said was very unhealthy.