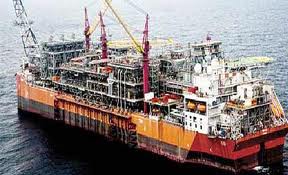 There were indications on Monday that pipeline vandals, operators of illegal refineries and oil thieves met behind closed doors in Yenagoa, Bayelsa State, to discuss issues affecting their illegal business in the Niger Delta region.

It was gathered that the coalition of illegal oil dealers drawn from Edo, Delta, Rivers and other states in the region insisted that only amnesty from the Federal Government would stop them from scooping oil from pipelines.

They were said to have urged President Gooodluck Jonathan and the National Assembly to see their call for amnesty as the only way to salvage the economy of the country.

They said they were ready to give up their trade in the interest of the public if the government would act swiftly to grant them their request.

The meeting was convened by the President of Ijaw Peoples Development Initiative, Mr. Austine Ozobo.

He said the stakeholders agreed with the local refinery operators that only amnesty with accompanying financial compensations, empowerment, and employment would discourage oil theft in the region.

He said the illegal traders demanded immediate release of their members arrested by security operatives in the region.

“The meeting, however, condemned military option in the fight against their business. The government should encourage them for generating employment for jobless persons. In the same vein, the operators insisted that they were better placed to receive amnesty than the North Islamic terrorist sect,” he said. [Punch]