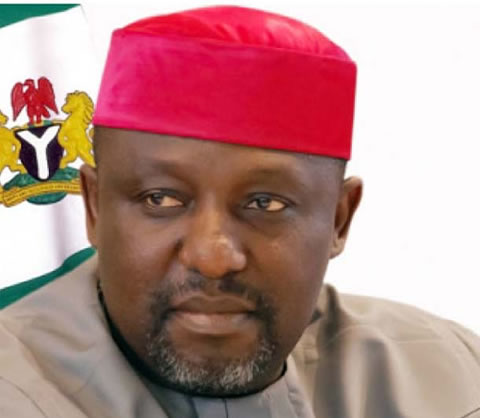 Gov. Rochas Okorocha of Imo on Tuesday said he would soon dissolve the State Executive Council and appoint new members to make the team more formidable.

Okorocha stated this at a forum organised in Owerri to mark his second year in office.

He commended the executive members for supporting his rescue mission agenda, adding that the reshuffle was necessary to re-invigorate the team.

The governor explained that his two years in office had brought more development to the state, especially infrastructure development.

Okorcha said N20 billion was spent to construct 15 kilometres of roads in each of the 27 local government areas of the state.

He said that the state had spent N8.6 billion to build precast schools, saying that the project would be replicated in the 305 wards of the state.

According to the governor, the on-going construction of 27 general hospitals across the state is expected to cost N2.7 billion.

Okorocha said the state spent N100 million to improve the Otamiri River in the state and the construction of mayoral and  state liaison offices in Abuja.

The governor said the recurrent expenditure within his two years in office stood at N83 billion while the capital stood at N103 billion, totaling N186 billion.

He listed some of the projects executed in the two years to include the renovation of the Government House, Imo Concord Hotel, Commissioners’ Quarters and the construction of the deputy and governor’s wife’s offices.

Other projects are the construction of the Ikemba Ojukwu Centre,  the Imo Traditional Council Parliament office, the Odenigbo Quest House, the Oguta Lake Motel and Imo College of Advanced Professional Studies (ICAPS).

Okorocha said selflessness, sacrifice, reduction of costs, thinking ahead and embarking on a four-year project budget were the secret of his success. (NAN)