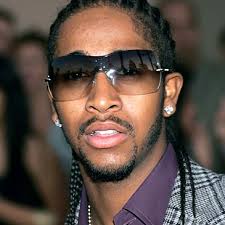 Omarion is being sued by two male fans who got beaten by thugs at an ‘O show’ … and claim the singer’s to blame because he didn’t provide the “tight security” he guaranteed.

Brunel Jordonne and Kenson Sainvilus filed a lawsuit against Omarion, Ole Bar & Grill in Newburgh, NY, claiming they attended O’s concert on September 21 … and a bunch of fights broke out.

According to the lawsuit, club security tried to defuse the situation by pushing everyone out to the parking lot, but the two men wanted to stay at their VIP table … where they felt safe.

Jordonne and Sainvilus claim security forced them outside anyway — where the two men were then attacked by a group of strangers for no reason … and things got crazy.

According to the docs, Sainvilus was punched in the head several times and security officers even maced him as he tried to escape the parking lot fight. Meanwhile, Jordonne claims he was kicked in the head and had to be airlifted to a hospital with life-threatening injuries. Sainvilus says he was also hospitalized.

The irony — the men claim Omarion advertised “tight security” on his concert poster … and now believe he miserably failed to live up to that promise.

They’re now suing for unspecified damages. Calls to Omarion’s camp have not been returned.