It happens. Someone you think is great chooses to marry someone… not-so-great. But how do you let your pal know you loathe her favorite person in the world? Take these steps before you alienate your friend. 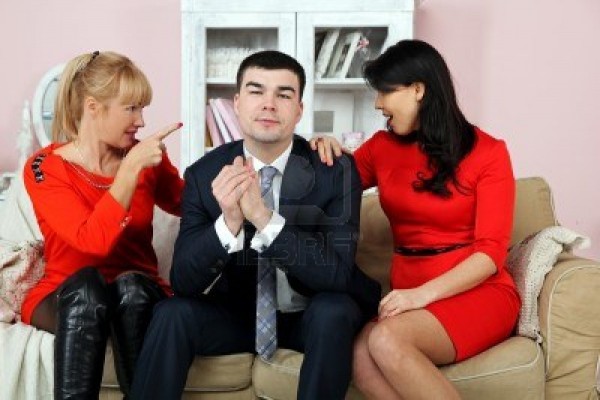 1. Ask yourself why you don’t like him. Did he personally affront you? The nerve! But think back: Was he actually trying to hurt your feelings? Did you, perhaps, just maybe, do something to prompt his remark? The point is, he’s your friend’s potential husband, so give him the benefit of the doubt for an infraction or two. If, on the other hand, he’s undeniably cruel to your friend — ordering her around or cheating on her, you’re absolutely justified in hating his guts.

2. Decide if you can deal with it. Maybe this guy’s unpleasant only during political discussions — or when you’re out in a big group. If this is situational, then try to avoid those trigger situations. But if his behavior is consistently abhorrent and it affects your relationship with your friend, then yes, something’s got to change.

3. Determine what you hope to get out of telling your friend how you feel.Your goal shouldn’t be a broken engagement. You know why? Because it won’t work. Insisting that a bride-to-be break up with a man she’s agreed to marry shows you don’t think your friend thought through her decision — or made a smart choice. As soon as she feels that way, she won’t listen to anything else you say. So come up with a new aim: to spend more one-on-one time with her so you don’t have to be around her irritating fiance? To learn more about their relationship so you understand what she sees in him? To get her guy to treat you with more respect? To encourage her to get help if she’s in an abusive relationship?

4. Pick a good time and place. Bringing up a touchy topic in front of other friends or when your buddy is stressed or anxious is a mistake. She’ll be on edge and on the defensive. You want her to be open-minded and relaxed, so go somewhere she feels comfortable, just the two of you.

5. Make it about her. Even if you’re broaching this subject because you’re unhappy, center your conversation around her well-being — or at least your friendship. As much as your buddy cares about you, she likely cares about her upcoming marriage more. So, with your goal in mind, share your concerns. “You seem unhappy when we’re out with the guys. Is everything okay?” or “I was surprised Greg raised his voice with you the other night. How did that make you feel?”

6. State facts and get her suggestions. Try: “I love being with you, but have you noticed things get tense between me and Jay when I come over? Do you have any ideas for keeping things civil?” or “Nick showed up late the last two times we met for dinner. What should we do?” Stick to the facts and solicit solutions so the conversation stays friendly. You may find that things that irk you don’t bother her one bit. And imagine how unreasonable she’d think you are if you told her that those things have made you despise her choice of mate.

Bottom line: Saying “I hate your fiance” will do nothing more than put a rift in your friendship. And while it sucks that you don’t adore her husband, it’s not essential for your relationship to survive. So tread carefully as you attempt to rectify the situation!