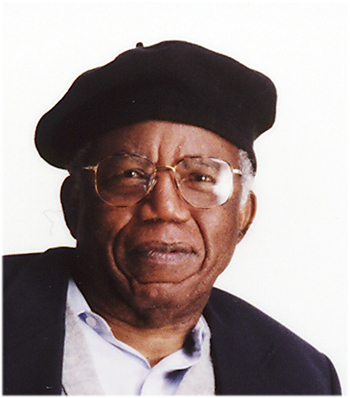 Overzealous security officers on Thursday shut invited bishops, ministers, as well as state governors out of the burial service of Chinua Achebe.

This happened moments before the arrival of President Goodluck Jonathan, who was accompanied by his Ghanaian counterpart, John Dramani.

At the end of a moving sermon in which he highlighted Achebe’s immortality, Rt. Reverend Ikechi Okafor said that he “deliberately” left the matter till the end of his preaching. “If these priests are not here, Achebe will not be buried.

The security men broke the rule of order of service by locking the bishops outside. Without the men of God, everybody will be seated here doing nothing,” said Rev. Nwosu, the Archbishop of Aba, who represented Most Rev. Nicholas Okoh, Primate of the Church of Nigeria, Anglican Communion. While half of the priests were standing at the altar awaiting the others to join them, the other half were locked out alongside Governors Peter Obi and Theodore Orji of Anambra and Abia States respectively.

“People that were given a job to do and they overdid it,” added an angry Rev. Nwosu. Attending Mr. Achebe’s burial service at the St. Philips Anglican Church, Ogidi, were Alex Ekwueme, former vice president; Emeka Anyaoku, former Commonwealth Secretary General; Professor Chinedu Nebo, Minister of Power, among others.

Rev. Nwosu noted that although Achebe turned down national honours on two occasions, it should not be used against him. “Don’t count that against him,” he said, “Even before you begin to accuse him, he wasn’t the first to do it. “Akanu Ibiam, something happened in this country and he felt bad about it and he said to the British government ‘take back your recognition.’”

In his speech, Mr. Jonathan said that Mr. Achebe’s books should serve as a wake up call for Nigeria’s political, business, and religious leaders. “All of us, we must work hard to change this country. So that when our grandchildren, like Achebe Junior, will write, he’ll say ‘There is A Country.’” Mr. Jonathan also promised to “join hands” with the Ghanaian president to build a primary school for the community “at least, for the memory of Chinua Achebe.”

In his vote of thanks, Ike Achebe, the deceased’s first son, thanked the president for his kindness. “President Jonathan was the first to send a condolence message and followed it up with a strong delegation.

He arrived literary within hours of my father passing away,” said Mr. Achebe’s son. “Your kindness in ensuring that my father is given the honour he deserves. My family deserves a gratitude from you,” he added.