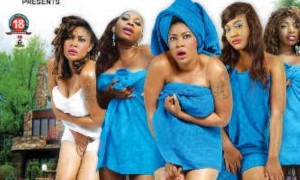 The Nigerian film industry has come under fire over the warped values it espouses.

Most Nigerians either love or hate Nollywood, with not too many occupying the middle ground.

In primary school, children play clapping games while singing songs about Living in Bondage, considered the first Nollywood blockbuster, and the film that launched the Nigerian cinema industry.

However, as the industry grew, parents began to forbid their children to watch Nigerian movies due to the abundant depictions of rituals or “juju”.

Still Nollywood continued its ascent, and it is not until when a Nigerian goes outside that he realise how much of an influence Nollywood has.

Perhaps Nollywood is so influential because of its shows of wealth, which many living in poverty aspire to, while simultaneously reflecting the realities and challenges of ordinary people as it imparts one moral message or another.

But while many criticise the industry for its obsession with witchcraft, there’s been a lot less criticism about the way in which women are portrayed and treated in these movies.

And when people discuss the female characters, the focus is largely on how scantily dressed they are, and what a bad influence they are on young women.

For a country that prides itself on being morally righteous and religious, you can’t help but wonder what kind of morals most Nollywood movies are trying to communicate.

If Nollywood is a reflection of Nigerian society, then what it reveals doesn’t say much about how Nigerians view women.

Nollywood movies feature heavy doses of sexism that even the least feminist Nigerian is likely to pick up on.

In movies such as Blackberry Babes, White Hunters and Fazebook Babes, women are depicted as cold and two-timing, always in search of a rich man or sugar daddy, thus creating a world in which men are seemingly oppressed by women who use them only for financial gain.

Others do their bit in normalising rape culture in Nigeria and generating sympathy for rapists and abusers.

I have personally sat through movies that had “romantic” storylines in which women fell in love with their rapists!

Assertive women who take matters into their own hands, or who are ambitious and focus on their careers – always get the short end of the stick.

Another trope involves women and abortions. Abortion is illegal in Nigeria, and there are women who go through risky procedures to have them done.

However, in these movies, any woman who has an abortion either dies or ends up unable to have children.

When Nollywood tries to highlight the problem of domestic violence in Nigeria and the challenges faced by abused women, the result usually falls short of the stated aim.

For example, in A Private Storm, the filmmaker draws more sympathy for the abusive husband than for his battered wife.

One has to ask why did the filmmakers chose to tell the story from the male perspective?

A petition in Lagos started by Bayo Olupohunda, is attracting signatures from all over the world, which suggests more people are becoming aware of the problem.

While we wait for Nollywood to get it right when it comes to women, we can enjoy filmmaker and video artist Zina Saro-Wiwa’s “alt-Nollywood” short film, Phyllis, a breath of fresh air.

In Phyllis, the tropes concerning women in Nollywood are subverted.

The character Phyllis is a woman who lives alone, making her independent in a country where women who are independent and single still get labelled as “witches” or prostitute.

She is a psychic vampire trying to become human through wigs, Jesus and Nollywood. The supernatural is present in Phyllis – a reference to Nollywood – yet different because the story is told from the perspective of the “witch”.

Phyllis is complex in a way that most Nollywood movies do not have the time for, which I suppose isn’t surprising that it is primarily a money making industry.

In the meantime, one can hope that Nollywood 2.0 will turn out to be good news for women in Nigeria as a whole – and will do at least a bit more to challenge patriarchy in Nigeria. (This is Africa)