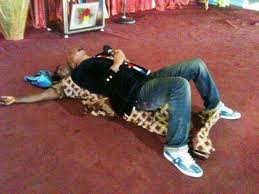 A pastor, Chidiebere Okafor and his wife Amaka have been charged before Ikeja Magistrates’ Court, Lagos State, southwest Nigeria, over  an alleged fake deliverance a victim was deceived to pay for.

The pastor and his wife, who are from Anambra State, southeast Nigeria, are facing trial for allegedly obtaining $13,000 from Patrick Okoro, under false pretence to cast out evil spirits that prevented him from becoming a  successful businessman in the state.

The couple was arraigned in the court on an eight-count charge of obtaining under false pretence, unlawful possession of charms, stealing and false representation as pastors to defraud the victim.

Recounting his ordeal before the court presided by over by Mrs. Makanju Oshodi, Okoro alleged that the couple defrauded him through a man simply identified as Emeka who contacted him for a business transaction.

He said that after giving him the  cost of the materials, Emeka  said he would need to first consult with his brother who sent him to buy the materials and promised to come back.

Okoro said that on 11 November, 2011, Emeka and his brother invited him to a hotel at Satellite Town, Lagos, where he hoped to seal the business deal but when he got there, instead of negotiating the price with him, they offered him a drink and promised to call him the next day.

“On 14 November 2011,  Emeka and a man called Ikenna,  called me to meet them somewhere.  When I got there, they said they want to transact business with me but they don’t know me well. They said they have a very big project but they don’t trust me enough. They said I have to go with them to a priest to swear an oath before they can trust me,  but I told them that I am Christian and I don’t believe in taking oath.

“Emeka said that he knows a very good  pastor that would pray for us. He said we should go and see the pastor,” he narrated in court.

Okoro said that they took him to the suspect, whom he alleged are fake pastors and did not know that they are a couple.

According to him, when they got to the place, Okafor prayed for them.

Okoro alleged that to deceive him, Okafor first prophesied to  Ikenna that he had $500,000 dollars and N100 million which he planned  to use for the business. But he said for the business to be successful, he needed N90, 000 to buy anointing oil for deliverance from evil spirits.

When Ikenna brought the money, the pastor  told him to bring more money for him to cast out all the demons in him

Okoro  alleged that on 15 November, 2011, Emeka  called him to bring N500,000, for the deliverance before they can start the business and he did.

He also alleged that on 28 November, 2011 the pastor called him to deposit N280,000 in the bank account of a lady whom the pastor borrowed money from to solve some personal problems, which he also did.

According t him, he later discovered that the woman in question was his wife.

Okoro said he realised that he was duped when he called Ikenna and told him that he needed his money back but he told him to stop disturbing him.

He said when he called the pastor, he also told him that he was not in Lagos.

Okoro said that on 25 January, 2012, he wrote a petition to the Lagos State Commissioner of Police and the police arrested the couple and investigation on the matter began immediately.

He added that because he has the phone number of Okafor and  bank account number of his wife Amaka,  the police could traced  and arrested the couple.

The couple pleaded not guilty to charges and the magistrate granted them bail in the sum of N900,000 with two sureties in like sum.

The matter has been adjourned till 21 May 2013 for continuation of trial.