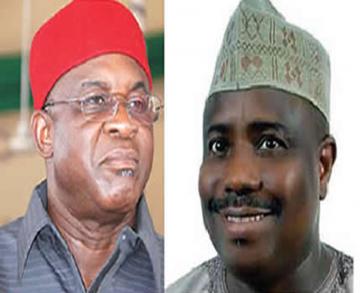 The Peoples Democratic Party (PDP) has commended the National Assembly for unanimously approving the declaration of state of emergency in Adamawa, Borno and Yobe states by President Goodluck Jonathan despite pressure by some leaders of the opposition to the contrary.

The party in a statement yesterday signed by its National Publicity Secretary – Chief Olisa Metuh, said that in endorsing the declaration, members of the National Assembly have once again demonstrated that national interest must at all times be placed higher and above partisan and sectional considerations.

“The Peoples Democratic Party (PDP) commends the leadership and members of the National Assembly for adopting a patriotic stance on the declaration of state of emergency in Adamawa, Borno and Yobe states by the President despite pressure mounted on them by some opposition leaders to reject the action.

“The action of the National Assembly is highly commendable as the lawmakers have shown that national interest must not be abridged on the altar of partisan considerations,” the party said.