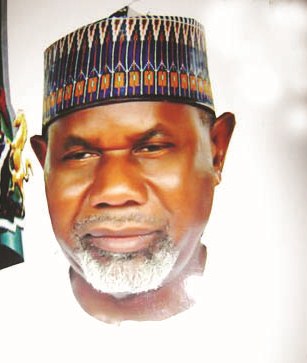 Just as the Peoples Democratic Party, PDP, wielded the big stick on Governor Rotimi Amaechi of Rivers State for ‘anti-party’ activities, the party may have also decided to reward Taraba State acting governor, Alhaji Garba Umar, for his role in the election that produced Governor Jonah Jang as factional chairman of the Nigeria Governors’ Forum.

Umar, was one of 18 PDP governors who purportedly signed and actually voted for Jang in last Friday’s controversial elections and in what could be termed a payback for a job well done, the party has initiated the process that may lead to the eventual removal of the Governor of the state, Pharm. Danbaba Suntai, from office.

Suntai is currently recuperating in a US hospital from injuries sustained last October in a plane crash near Yola Airport.

Consequently, the party, at an emergency meeting of its National Working Committee in Abuja on Monday, inaugurated a seven-man committee on the political situation in the state.

Listing the committee’s term of reference, the PDP National Chairman, Dr. Bamanga Tukur, said it includes finding out and reporting the extent of political harmony or otherwise among the stakeholders in the party in the state, interacting, and establishing the most effective approach to resolving contending issues among them.

The team, he also said would fast track the process of constitutional adherence as “it affects the status of the office of the governor of the state”.

He added, “The committee must ensure that in all practical implication, the PDP Taraba emerges stronger and more united in responding to all the partisan challenges arising thereafter in the state.

“Consider and report any other matter that is in the opinion of the committee, relevant in the resolution of the political condition of the state.”