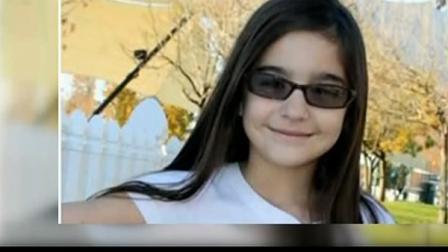 The brother — who Kuntz did not name, but did speak publicly after his sister’s death — was arrested at 5:10pm (8:10 p.m. ET) at a county sheriff’s office substation in his hometown of Valley Springs, according to the sheriff.

Leila Fowler and her brother were said to be alone on Saturday, April 27, in their family’s northern California home when she was found dead. The 12-year-old told police that he’d seen an intruder leaving the home, then found his sister suffering from stab wounds.

The 8-year-old died minutes after arriving at a hospital, authorities said.

After the incident, police offered a sketchy description of the suspect as a 6-foot-tall white or Hispanic male with a muscular build.

They also interviewed registered sex offenders in the area, ran down leads and searched in attics, storage sheds and more in the rural, mountainous community located about 60 miles southeast of Sacramento.

“We did collect fingerprints during that search,” Calaveras County Sheriff’s Capt. Jim Macedo said days after the attack, “and we did collect what we believe to be DNA.”

Kuntz said law enforcement officers “put over 2000 hours into this investigation to provide Leila Fowler’s family with answers in her death.

He declined to answer questions after giving his statement, including on the exact charges against the brother, where he is being held or when he will appear in court.

The death of young Leila, known for her bubbly personality, shook the small town of Valley Springs, where purple ribbons, Leila’s favorite color, were tied to stop signs.

“We are devastated,” the girl’s mother, Crystal Walters, told CNN via her Facebook page. “She didn’t deserve this. She was so full of life.”