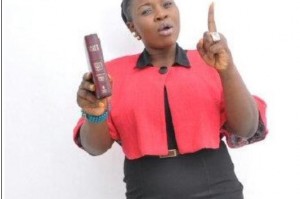 On May 4, 2013, Abubakar Adodunrin Adeoti, who is the younger brother of Nollywood actress, Bimbo Thomas, was reported missing. The incident threw the family in confusion.

The ugly incident left most of the family members of the actress into an unrest as no one had a clue of what might have happened to the young boy.

But luck later smile on Bimbo Thomas, who is also known as Nikky, a character she played in the popular movie ‘Omo Ghetto’ by Funke Akindele, when her brother was found few days later.

According to information scooped by Nigeriafilms.com, the actress’ brother was found in coma. He was then rushed to LASUTH where he was later referred to LUTH for treatment.

Confirming the incident to Nigeriafilms.com when contacted, Bimbo Thomas said her brother is now getting better. She gave glory to God for keeping the boy alive.

She admitted that the incident raised tension within the family but said all is well now.