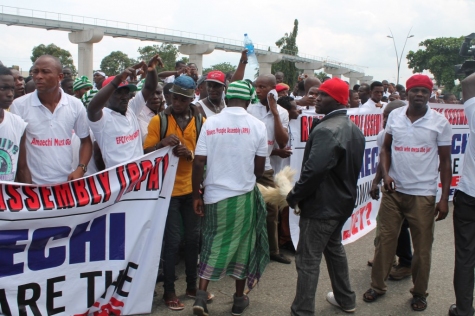 The protesters also called on Amaechi to explain how he managed the  N1.6tn that had accrued to the state since he became the governor.

Clad in white T-shirts with red inscriptions, ‘Amaechi must go’, ‘Amaechi, Who owns the jet?’ ‘EFCC probe Amaechi’ and ‘Amaechi, you constructed one kilometre road with N1.5bn’, the protesters chanted war songs even as they waved banners carrying their message under the watchful eyes of security operatives.

Wednesday’s protest, which was embarked upon by youths under the aegis of the Rivers People Assembly, caused a traffic gridlock that lasted for hours. 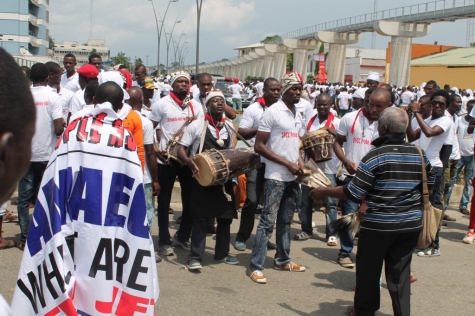 “Rivers people can’t stay and watch Amaechi challenge President Goodluck Jonathan who comes from the South-South and desires to contest in 2015. We want Amaechi to tell us the whereabouts of the two jets Odili left behind and real owners of the Bombardier aircraft” he said.

In the same vein, Ndigbara, who expressed reservation about the Amaechi-led administration, said it was time youths in the state declared the governor wanted.