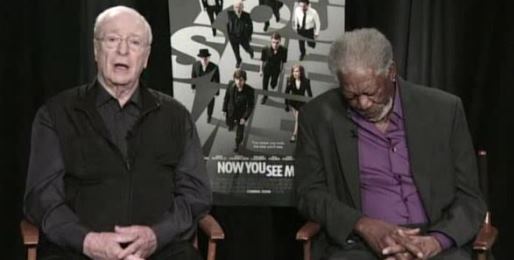 The actor was caught sleeping on live TV during an interview with Fox News promoting his latest movie ‘Now You See Me’ with fellow actor Michael Caine, 80.

Michael Caine was answering a question when Morgan Freeman fell into a deep sleep…but woke up moments later and fully joined the early morning interview.

After the video went viral, Morgan released a statement to E! News saying:

I wasn’t actually sleeping, I’m a beta tester for Google Eyelids. I was merely updating my Facebook page.

Nice comeback! He was actually sleeping, the statement is just a play off of Google Glass, a device which is supposed to allow users to update their social networks through a pair of glasses and access the internet through voice commands.