The official United Nations Twitter account has 1,462,609 followers (or it did at the time this article was published) and only follows 537 accounts – a pretty exclusive club to say the least. 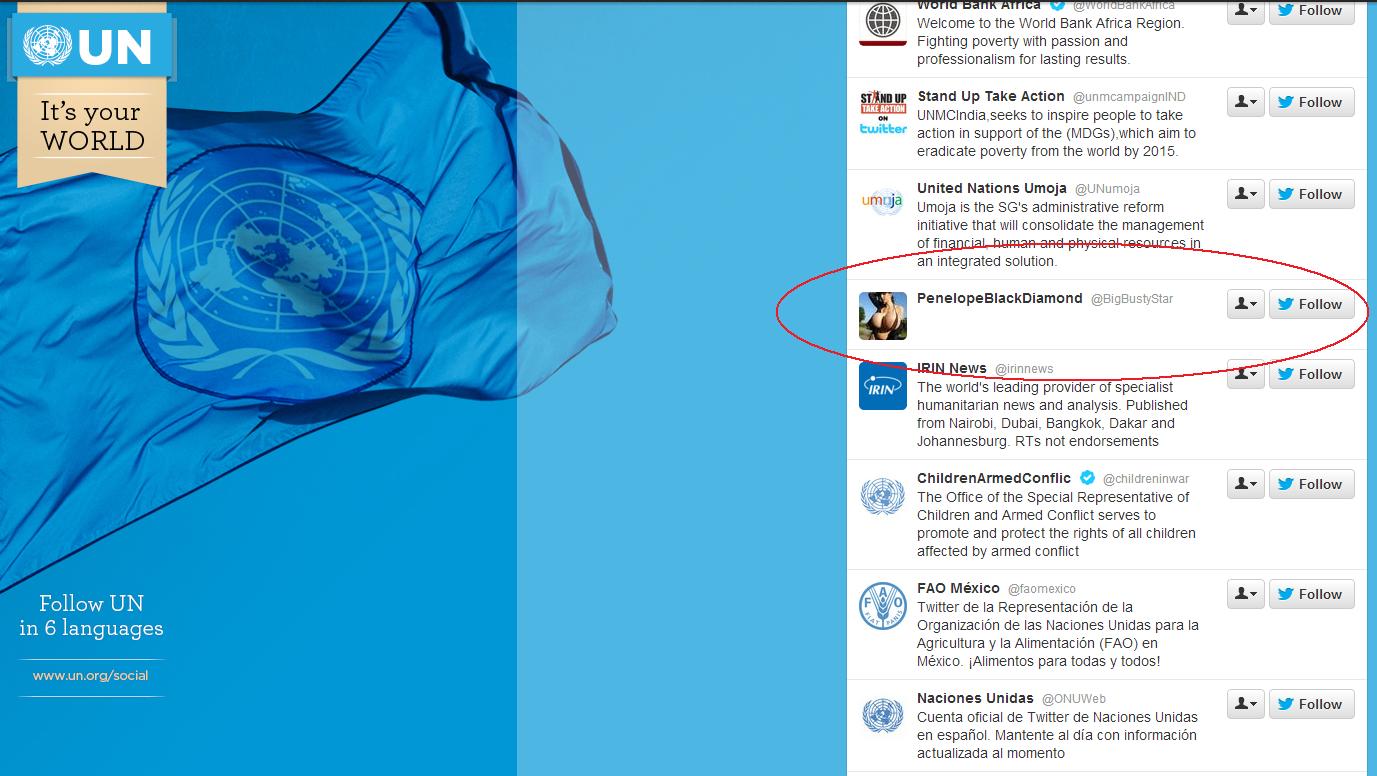 For the most part, the 537 accounts @UN follows include world governments, dozens of UN special missions and international heads of states.

Diamond’s account appears to be one of the earlier accounts the United Nations followed, appearing on the UN’s “following” page just three accounts beneath the World Bank Africa Region and two accounts above @ChildreninWar.

Interestingly, a United Nations study entitled, Lipstick Imperialism And The New World Order, stated the following, “Pornography is a central issue for the women’s movement, especially in relation to violence against women. It is regarded by many as the key site of women’s oppression.”

Unfortunately, the multiple United Nations agencies, accounts and activities the United States pays into makes putting an exact number on the annual funding our nation provides to the UN nearly impossible to track.

Researchers at the Heritage Foundation, however, recently estimated the level to be several billions annually.