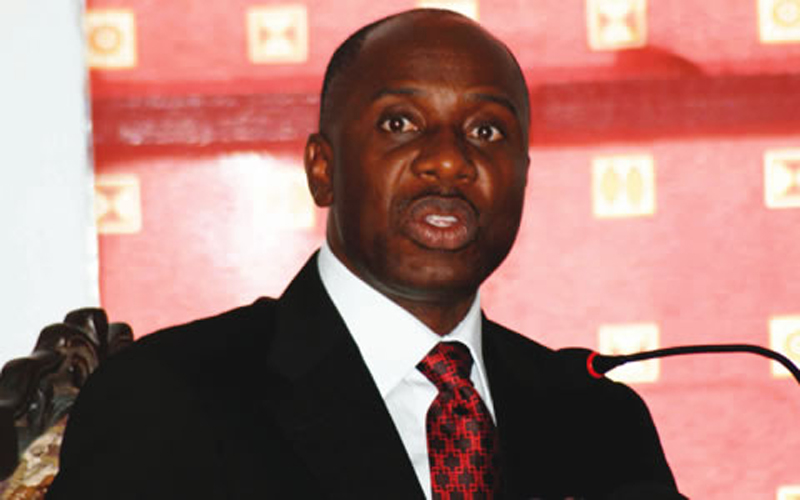 Many are the travails of the Speaker, Rivers State House of Assembly, Mr.Otelemaba Dan Amachree and Chief of Staff to Governor Rotimi Amaechi, Mr. Tony Okocha, following their allegation of a plot to kill the governor.

The state Commissioner of Police, Mr. Mbu Joseph Mbu, had first of all withdrawn some of the security details attached to the Speaker and completely withdrawn those of Okocha; the duo are Amaechi’s key supporters in the struggle for the soul of the Rivers PDP.

In inviting them, Mr. Mbu described the allegation as a very serious issue. He said contrary to what Mr.Amachree wanted the world to believe, only nine of the 24 policemen were withdrawn and for other areas in need of security beef-up.

“The Speaker has raised very serious issues about security threats and about the attempt to assassinate the governor (Rivers), His Excellency and the chief security officer of this state. That is a very serious issue and the speaker of the House of Assembly will be invited and will be interrogated to give more facts and throw light into this information,” Mbu told journalists in Port Harcourt.

He added that the Mr. Okocha would also be invited for questioning and warned that he won’t tolerate inflammatory statements from any quarters.

“As the chairman of internal security in the state, I will not allow people to make inflammatory statements” he said.

On the controversial withdrawal of security details to the Speaker, the police chief explained, “Everybody in Government House wants to see himself as a governor. The speaker of Rivers state House of Assembly has 15 personnel from the Special Protection Unit of the Nigeria Police. As if those men are not enough, he (Speaker) still acquired nine from the mobile police. So, only one person has 24 personnel of the Nigeria police attached to himself.

“What I did was that the special protection unit, as the name implies, is to protect government officials” so as a means towards even distribution of security details to government officials without jeopardizing the general security of the state, the commissioner of police had to withdraw some of the policemen attached to the Speaker.

Mr. Mbu however frowned at the Speaker’s insistence on having a full complement of security details fuming, “So, if you withdraw nine men and you still leave 15 men with the Speaker, what else does he want? Does he want to have police personnel like the president of Nigeria?” he asked.