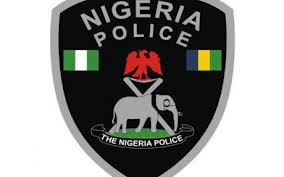 Police authorities in Ondo State say they are investigating a middle-aged woman accused of castrating a man using charms.

The alleged victim, a graduate of College of Education, Oro, Kwara State, claimed the woman, a beggar, allegedly hypnotized him after he gave her N50 alms, resulting in his manhood disappearing.

The man, who gave his name as Mr. Akande, said he started feeling his p*nis shrink five minutes after parting with the money.

Uncomfortable with the situation, the victim, in his mid-twenties, called a traffic official around to help him arrest the woman who is said to beg for alms around Old Garage in Ondo State.

When brought to the Police Area Commander Station at Oyemekun Road, Akure, the suspect initially denied she receiving alms from her victim; a claim she later changed.

There was tension in the police station as Mr. Akande’s family members insisted that the case be transferred to the Deji’s Palace for traditional solution.

After six hours, the victim was taken to an undisclosed hospital where Mr. Akande regained the normal size of his penis.

Narrating his ordeal, Mr. Akande said the incident happened around 9am on Friday when he was about boarding a commercial vehicle to Ilorin from Old Garage.

Mr. Akande said the woman had begged her for alms, and responded with N50. He said he began feeling his manhood shrinking.

He said all efforts to get help from passengers in the car proved abortive, as they mistook him for ’419′ (fraudster). The graduate said he immediately telephoned his brother after which, he approached the traffic wardens for help.

“I just saw the woman on the road. She was begging me I should give her N50. I gave her and in the next five minutes before I know it, I saw that my body was weak and my penis became very tiny like broom,” he said.

The spokesperson of the State Police Command, Wale Ogodo, who confirmed incident, said the police are investigating the matter.

“The boy and the beggar, who is an able bodied-woman, were taken to the station and during the interrogation, the Area Commander asked if the boy has a girlfriend or someone who could help him test if he had really lost his manhood, but Adewale claimed that his girlfriend is very far from Akure and no one around could help him make the test if his manhood is still functioning.

The Police boss then directed the boy to go to the hospital for proper medical attention.