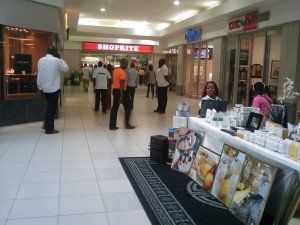 The Lagos State Police Command on Thursday said it had begun investigation into threat by some unknown persons to blow up Shoprite stores in the state.

An unknown person was said to have sent a text message informing the owner of Shoprite of his group’s intention to blow up all Shoprite stores in Nigeria.

Although the unknown sender did not state the reason, but he disclosed that already, members of his group had planted some explosives in some packs of fruit juice at the store in Victoria Island.

The text message caused panic as customers reportedly fled the entire mall while motorists deserted the route, with text messages sent to loved ones around the vicinity to avoid the route.

“It is true, we do not deserve amnesty. You’ll even be surprised how I got your number. We came to Shoprite on a mission to drop a bomb. That day, we sow bullet into Five Alive packs. We are from Niger. Someone gave us your number from Abuja. We will make sure we destroy every Shoprite…, the text message read in part.”

Although security sources dismissed the text message as a mere threat, the Lagos State Police Command would still go ahead with its investigation.