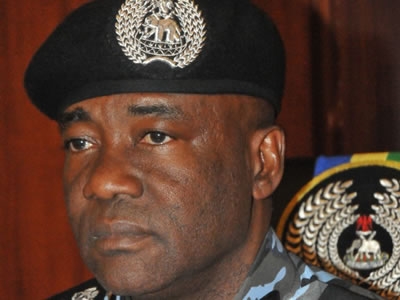 Policemen from Karu Abattoir outpost in Abuja on Tuesday rescued two men accused of stealing motorcycles, from being set ablaze by an angry mob at the Old Karu Road.

A source at the police outpost, who pleaded for anonymity, said the policemen got a distress call that motorcycle thieves had been caught.

“On our arrival at the place, we saw people putting together disused tyres and petrol to burn the alleged thieves.

“We had to fire several shots into the air to disperse the mob, after which we brought them to the office.

“Before our arrival, the mob had vented their anger on the two young men, with their blood splattered all over them.

“They would have been killed but for our intervention,” he said.

The source added that when asked, the men said they had gone to eat at Old Karu Road and a commercial motorcyclist saw them and started calling them thieves.

“At that point, some other commercial motorcyclists stopped to join in beating them up,” he added.

The two young men were taken away in a Hilux van with number plate NPF 6683 C to the Divisional Police Station at Karu Site for further questioning.

The father of one of the victims who identified himself simply as Mr Brown of Agwan Albarka in Mararaba, Nasarawa State, said his son was not a thief.

“I gave him some work to do. When I came back from the office this evening and asked his elder brother of his whereabouts, I was told that he and one other worker had gone to eat food.

“I can vouch for him, my son is not a thief. He doesn’t even know how to ride a motorcycle,” he said.

Brown said he would go to any length to prove that his son was not a thief.