A 37-year-old Florida woman allegedly stabbed her boyfriend with an 8-inch-long kitchen knife after he farted in her face during an argument. 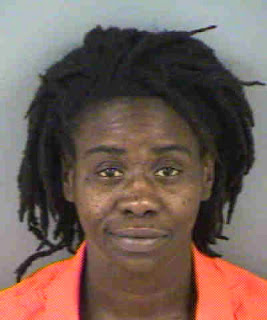 The Immokalee woman told Collier County detectives that she stabbed her boyfriend of six years after an argument broke out while the two were watching a nightly television program.

Burns’ boyfriend told deputies that they began arguing over money. They both got up and went into the kitchen.

That was when Burns said her boyfriend walked by and farted in her face, according to an arrest report.

According to the report, Burns confronted him about the fart and he became agitated, ordering her to shut up.

That’s when deputies say the argument escalated and became physical between Burns and the 53-year-old boyfriend, Willie Butler.

He allegedly chased her through the kitchen and threw a knife at her, which missed, according to the arrest report.

When authorities responded to a report of a possible stabbing, deputies found Burns’ boyfriend standing front of his mailbox.

He had cuts to his abdomen and left forearm. While deputies were talking to him, they could smell a strong odor of alcohol from him.

He told authorities that Burns threw a kitchen knife at him, striking him in the abdomen. He then said she ran out of the house and returned shortly where another argument took place.

This time, Burns struck him with a stick in the left arm, causing another cut, according to court documents.

Burns’ boyfriend made no mention of the alleged fart, but did tell deputies that if Burns returned, “he would kick her (butt) and take care of her.”

Burns denied cutting Butler, according to the arrest report. Butler was so intoxicated and combative that deputies said they could not obtain a sworn statement from him.