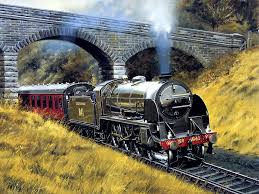 Transport officials in the Czech capital, Prague, say they plan to help the city’s lonely hearts by introducing train carriages reserved for singles.

Prague transport company Ropid wants to set aside carriages on some or all of its trains for singles seeking a soul mate.

The city-owned company will start polling passengers to determine whether they would be interested.

Spokesman Filip Drapal says the initiative is one of the activities Ropid hopes will lure people out of their cars and onto public transportation.

“We want to emphasise that public transport is not only a means of travel but that you can do things there that you cannot do in your car,” he said.

Prague, with a population of 1.2 million, attracted 5.4 million foreign visitors in 2012 with a mix of centuries-old architecture and cobblestone streets and cheap Pilsner beer.

They say the love train could be up and running by the end of the year.