Home National News Odd News Prophets Told Me My Husband Had Been Kidnapped When He Was Actually...
Facebook
Twitter
WhatsApp 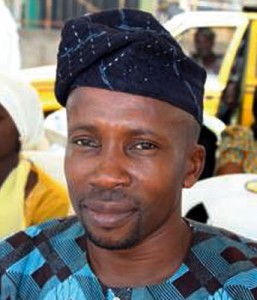 Toyin Lawal was in distress as she had not seen her husband for almost a week. She had no idea why anybody would want to kidnap her husband. She said she had no millions she could pay as ransom to secure the release of Sulaimon, her 40-year-old husband, if indeed he was kidnapped as many seers she consulted told her.

Hoping and fasting, Toyin resorted to fervent prayers, hoping for the safe release of her husband.

“I held on to my phone every second, hoping to get a call from my husband’s kidnappers,” she told Saturday PUNCH.

Sulaimon is a photographer who works for the Lagos State Ministry of Women Affairs and Poverty Alleviation.

But between Egbeda and Ikotun, he went missing, an incident that threw his family into confusion and anguish.

Toyin told Saturday PUNCH, “He normally comes back from the shop around 10pm. He left for the shop about 6pm that day. When it was 10.30pm and I still had not seen my husband, I called his phone to know what had delayed him.

“His line did not go through. My call indicated that it was switched off. When it was 11pm, I tried it again and continued trying it until 12am. That was when I knew something was terribly wrong.

“Nobody slept in the house that night. By morning, when we still had not heard anything from my husband, we contacted his office and reported at the Ikotun Police Division.”

Toyin said she visited some churches and all the prophets she consulted insisted that her husband was kidnapped, promising her that he would soon be released.

She said she thought her husband had become the latest victim of the kidnap-for-ransom business in Lagos.

She believed the kidnap prophecy so much that she never thought that her husband could be in another kind of danger. She therefore, did not expect to find her husband in coma in the social ward of the Lagos State University Teaching Hospital, Ikeja a week later.

An official of the ministry where Sulaimon works had informed our correspondent about the disappearance of Sulaimon, calling it a kidnap at the time.

So, Sulaimon’s family waited for contact to be made by his supposed kidnappers. But it turned out the fate of the photographer was much worse than expected. He was a victim of a hit and run-driver.

They had no idea he was barely clinging to life on a hospital bed.

Toyin told Saturday PUNCH that she later learnt that Sulaimon was nearly killed by a hit-and-run driver who left him for dead at the intersection of Ikotun and Iyana Ipaja Road.

He was barely alive. While he lay on the side of the road gasping for breath, some ‘Good Samaritans’ stole his phones and all other valuables in his pocket.

She said, “The hospital staff told us that he was brought in by officials of the state ambulance service who, lucky for him, were passing shortly after he was hit and quickly took him in their ambulance.

“They told us they found nothing on him. If they had found a mobile phone on him, they would have been able to contact his family. But the money and phones he had on him had all been stolen by some people who saw him lying on the ground after the accident.

“Sulaimon could have died because some criminals were heartless enough to rob a dying man.”

One can only imagine the momentary relief and alarm that overwhelmed Toyin when she learnt that her husband was in the hospital.

The photographer sustained severe injuries. Parts of his body were bandaged when our correspondent visited him at the hospital on during the week.

A nurse at the ward, who spoke on condition of anonymity, told Saturday PUNCH that he only started talking.

“He was barely alive when they brought him in. Thank God for the LASAMBUS people who brought him here. He was only able to say his name after some days,” she said.

Toyin said she was able to find out her husband was at the hospital because a doctor who knew him was able to recognise Sualimon at the ward.

She said, “One of the doctors who attended to him recognised him as someone he knew but was not initially sure because his injuries had made him unrecognisable.

“But the doctor confirmed he was truly the one after he was able to mutter that his name was Sulaimon. Then he informed someone who knew me.”

Our correspondent visited the area where the accident supposedly occurred but nobody in the vicinity could recall witnessing it.

The unavailability of closed circuit television cameras in many parts of Lagos makes it easy for hit-and-run drivers to escape justice.

At the moment, Toyin is just happy that her husband will survive after all. Sulaimon is recuperating, and only he would be able to say with accuracy what happened that day.