If you have ordered lamb or mutton for hotpot in Shanghai over the last four years, you might have been served rat, fox or mink, the Ministry of Public Security said on Thursday. 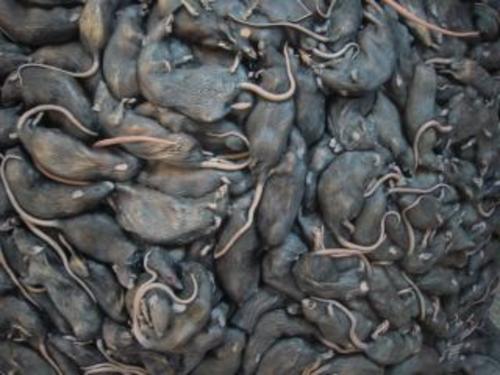 “Since 2009, the suspect, surnamed Wei, has bought foxes, minks, rats and other uninspected meat products in Shandong,” the ministry said in a press release on its website.

“After adding gelatine, carmine, nitrate and other substances, he sold the meat as fake lamb rolls [for hot pot] at farmers’ markets in Jiangsu and Shanghai.”

Wei’s organisation was raided in Jiangsu and Shanghai in February, which led to the arrest of 63 suspects and the seizure of 10 tons of meat and additives.

Police estimates that Wei’s sales over the last four years have reached a value of 10 million yuan (HK$12.6 million).

In March, police in Baotou, a city in the Inner Mongolian Autonomous Region, stopped a company that since 2010 has been producing beef jerky from duck meat and selling it in 15 Chinese provinces. Almost 15 tons of the fake jerky were confiscated.

These are two of 10 stomachs-wrenching cases the ministry listed as exemplary of a crackdown on food product fraud – meat of diseased animals, steroid-manipulated meat and sewer oil – that started two weeks before Chinese New Year, on January 25.

Over the last three months, authorities throughout China have seized some 20,000 tons in counterfeit meat and arrested 3,576 suspects in the operation, dealing “a heavy blow to the arrogance of criminals”, the ministry said.

The campaign comes amid a growing shortage in agricultural products and a general sense of anxiety over food security.

The task of providing an adequate supply of safe food would be “very tough”, Agriculture Minister Han Changfu said at a meeting in December.

In 2010, some 300,000 children got sick after consuming melamine-tainted milk products.