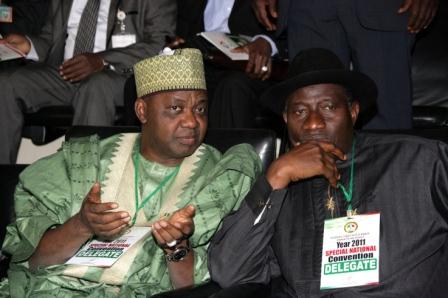 The House of Representatives has reportedly gazetted a bill which seeks to make the procedure for impeaching the President and Vice-President easy and less tedious.

Short-titled “An Act to Alter the Provisions of Section 143 of the Constitution of the Federal Republic of Nigeria, 1999 to Remove Ambiguities in the Process of Removal of the President and the Vice President from Office on Allegations of Gross Misconduct,” the bill seeks to make the lower Chamber the impeaching House, while the Senate would after the impeachment of the President or his Deputy, set up a quasi-judicial panel headed by the Chief Justice of Nigeria and comprising lawmakers acting as prosecutors, before a final verdict either finds the President or his vice guilty or not.

Sponsored by international lawyer and Chairman of the Committee on House Services Hon. Yakubu Dogara (PDP-Bauchi) and two others, the bill states in part: “The President or Vice-President shall be removed from office on allegations of gross misconduct in accordance with the provisions of this section.”

The Bill seeks to amend sub-section 2 of 143 to read that, “Whenever the Committee of the House of Representatives in charge of Judiciary decides on whether or not to proceed with impeachment proceedings against the holder of the office of the President or Vice President on allegations of gross misconduct.

The Bill also proposes that “If any Article of Impeachment so considered by the House of Representatives is approved or passed by a simple majority vote of members been present and voting, the President or Vice-President shall be impeached”.

The Bill in part, however proposes that the impeached Executive “shall have the right to defend himself in person and be represented before the Senate by Legal Practitioners of his choice”.

The Senate, on its part would vote after the trial process is exhausted by a 2/3 to oust the President or his vice.

One of the drafters of the piece of legislation weekend, said the Bill was fashioned in line with the procedure for impeachment of the Executive in the United States of America.

He said “The idea is to make impeaching the President easier and more democratic.”

He added, “The Bill though is not targetted at any particular person, the present times call for an easier process of impeachment”.