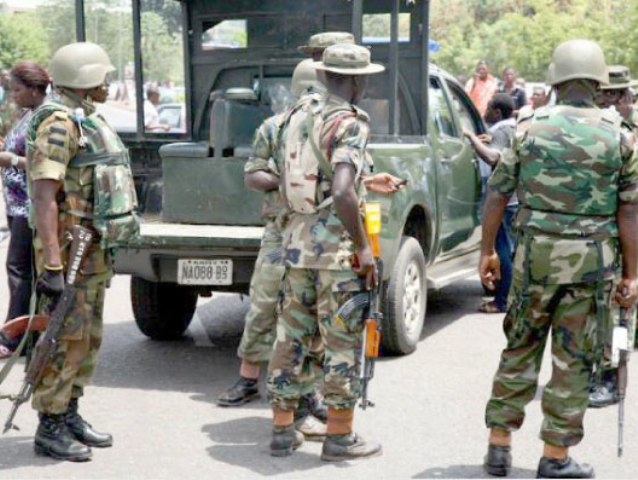 Several thousand troops have been deployed across three states where President Goodluck Jonathan declared a state of emergency after the Islamists seized some territories and chased out the government.

Dozens of insurgents have been killed in the fighting, the military has said, without offering a specific figure.

A security source who requested anonymity said that a helicopter was hit by Boko Haram gunfire, but “managed to rush back to base without sustaining any casualty.”

Nigeria’s offensive is targeting all three states put under emergency decree, including Adamawa and Yobe, but the Boko Haram’s traditional base of Borno is expected to see the most intense fighting.

In Marte district of Borno state, some residents have started fleeing east towards the Cameroon border, less than 25 kilometres (15.5 miles) away.

“It has been scary in the past three days,” said Buba Yawuri, whose home is in the town of Kwalaram in Marte but who has fled to the border town Gomboru Ngala.

“Fighter jets and helicopters kept hovering in the sky and we kept hearing huge explosions from afar,” he noted.

He said that as the air assaults began, the security forces told all residents to stay indoors; cutting off his family’s access to food and water.

“I couldn’t hold on any longer. I took the bush path and reached Gomboru Ngala early Saturday”, he said. (AFP)