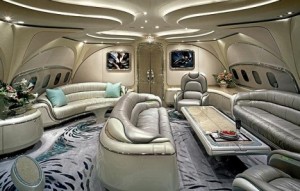 Top officials of Rivers State Government have welcomed the call on Nigeria Civil Aviation Authority, NCCA, to produce licences and documentations of all private jets in the country within 48 hours.

Some of them who spoke to newsmen in Port Harcourt on condition of anonymity, said the development would resolve controversies surrounding the state government’s Bombardier global 700 jet.

They expressed surprise at the sudden denial of the role of Caverton Helicopter in the acquisition of the Bombardier Global jet by the management of the firm.

It will be recalled that the Secretary to Rivers State Government, Mr. George Feyii, had said that importation of the aircraft was done through a Nigerian company, Caverton Helicopter, a claim the company reportedly denied.

“The above position shows that the plane belongs to the Government of Rivers State.”

Meantime, the top government officials in the state, said the decision of the Ali Ahmed Committee in the House of Representatives to direct that all licences and documents for all private jets in the country be brought before it would resolve the controversy surrounding the state government’s aircraft. [Vanguard]