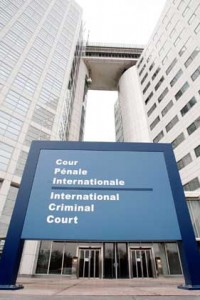 Two former Serbian security officials who were accused of war crimes and crimes against humanity committed during the 1990s Bosnian War have been acquitted by a UN tribunal in The Hague.

Judges said on Thursday that there was insufficient evidence to show that either man had assisted soldiers who allegedly were responsible for murder and other crimes.

The verdict at the International Criminal Tribunal for the former Yugoslavia for Franko Simatovic, known as ‘Frenki’, and Jovica Stanisic, or ‘Ledeni’ – Serbian for ‘ice-man’ – follows a three-year trial.

The representatives of the war victims were said to be in shock and great disbelief after the verdict was passed. They had expected a guilty verdict.

Both were accused of setting up paramilitary forces dedicated to ridding Croatia, and Bosnia and Herzogovina, of all non-Serbs.

Serbia hailed the decision, with Prime Minister Ivica Dacic saying the country “has always advocated fair trials to all those accused before the tribunal in The Hague as the only way to establish the truth about the war and make conditions for reconciliation, peace and stability in the region.”