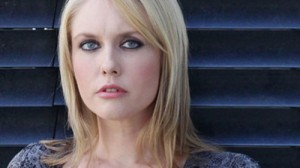 In June 2008 Alicia Gali took a job in the UAE at a luxury hotel operated in Dubai by one of the world’s biggest hotel chains, Starwood.

Gali was using her laptop in the hotel’s staff bar when her drink was spiked. According to this report, she:

Awoke to a nightmare beyond belief: she had been savagely raped by three of her colleagues.

Alone and frightened, she took herself to hospital.

What she did not know is that under the UAE’s strict sharia laws, if the perpetrator does not confess, a rape cannot be proved without the testimony of four adult Muslim male witnesses.

She was charged with having illicit sex outside marriage, and thrown in a filthy jail cell for eight months.

Now, finally home and struggling to move on with her life, Gali, who is suing the hotel group, broke her silence for the first time on television the weekend.

Yahoo News’ Sunday Night programme emailed Alicia’s employer in the UAE with a detailed list of questions pertaining to her case. This was their response:

“What happened in June 2008 to Alicia Gali, a former employee of Le Méridien Al Aqah hotel, was deplorable.

While the hotel worked diligently on Ms Gali’s behalf, the authorities investigated and prosecuted Ms Gali under the local laws.

Additionally, the men involved were also prosecuted and each served prison terms before being deported. As for Ms. Gali’s lawsuit against the hotel, we disagree with the allegations.

The hotel management provided support and assistance to Ms Gali and her family throughout that time, including assisting with medical support and the investigation, liaising with her representative Australian embassy and coordinating and arranging affairs with her family in Australia.

Starwood’s repeated approaches to discuss Ms Gali’s claim with her attorneys have been ignored and declined. As this matter is part of an open on-going Starwood investigation and litigation commenced by Ms Gali against Starwood and the Commonwealth of Australia, we cannot comment further at this time.

The safety and security of our associates and guests continues to be a paramount priority.”

Meanwhile, from Saudi Arabia comes a report that a court has jailed a Lebanese man for six years and sentenced him to 300 lashes after convicting him of encouraging a Saudi woman to convert to Christianity.

The same court sentenced a Saudi man convicted in the same case to two years in prison and 200 lashes for having helped the young woman flee the ultra-conservative Muslim kingdom.

A court delivered the verdict in Khobar in the kingdom’s east, where the woman and the two accused worked for an insurance company.

The case caused a stir in Saudi Arabia, which applies a strict version of Islamic Sharia law that stipulates Muslims who convert to another religion must be sentenced to death.

The woman, known only as “the girl of Khobar”, was granted refuge in Sweden where she lives under the protection of unspecified NGOs, according to local press reports. She had appeared in a YouTube video last year in which she announced that she had chosen to convert to Christianity.

Her family’s lawyer Hmood al-Khalidi said he was “satisfied with the verdict”, according to the press.

Both men, who could also be prosecuted over other charges including corruption and forging official documents that allowed the woman to leave the country without her family’s agreement, will appeal. Saudi women are banned from travelling without their guardians’ permission.