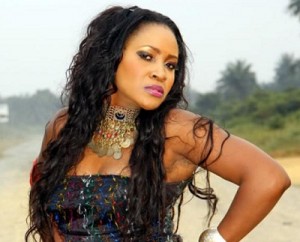 Since the singer changed her marital status and got wedded to Nollywood actor, Prince Eke, she has maintained a low profile, totally dropping off the grid and leaving her fans wondering what had happened.

Apparently, Muma Gee has finally broken her silence as the singer recently revealed plans to release an album soon.

Muma Gee who admitted to taking a break in order to get the hang of married life and settle into it stated that she would drop her album, Motherland in August, having just released a single, Africa Skillachi with another single, Jikele to follow soon.

Speaking with soft sell magazine, City People, Muma Gee said the album would be a 12-tracker which would contain contemporary songs and a fusion of different styles of music which she described as “Afrotastic Style”.