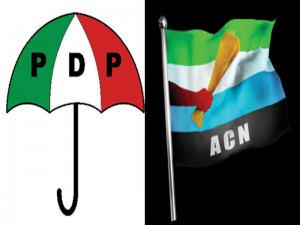 A former member of the Action Congress of Nigeria in Ekiti state, Mr Ayo Jeje killed by suspected party thugs on March 30 has been buried, as his family on Saturday called for the prosecution of those indicted by security agents in the murder.

The 38-year-old was killed in Erinjiyan-Ekiti, while preparing to decamp with over 1,000 members of Action Congress of Nigeria to the PDP, a death which attracted public outcry across the state.

The Chairman of ACN in the state and native of the community, Chief Jide Awe, had been arrested by the police in connection with the murder and taken to Abuja for interrogation.

Pastor Michael Oladunjoye, who spoke on behalf of the family, while speaking to journalists at the burial, described the death as painful and uncalled for, saying the family had no option than to bury the deceased after collecting the post mortem and death certificates at the Aramoko Ekiti General Hospital, where his body was deposited, adding that justice must be done in the case.

He called on government to give necessary support to Jeje’s widow, Ronke and four children, having lost the breadwinner of the family in a controversial circumstance.

“This is a clear case of murder. The death is not natural and nobody will say justice should not be done. To us in this family, we have left the matter in the hands of God and government to do the needful in the matter by bringing the perpetrators to justice.”

Oladunjoye, an elder brother of the deceased advised politicians against killing and maiming, saying it was baffling why people would resort to killing in the name of politics.

“People should desist from playing do-or-die politics. I wonder why people would have to kill because they want to get positions. This must stop for the nation to move forward.”