Victor Essiet of Mandators’ fame is a very famous musician in Los Angeles, California where lots of Hollywood actors and actresses are resident. 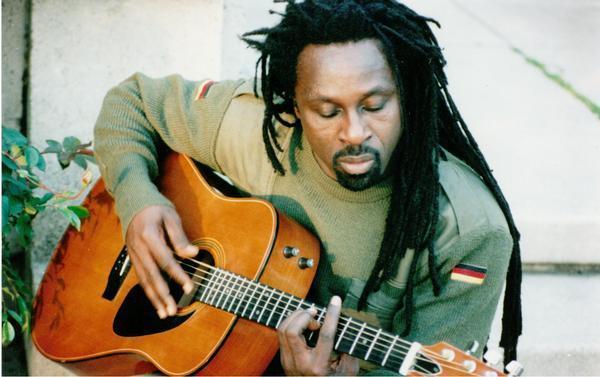 He spoke on sundry issues relating to his career, most trying moment in life, latest music effort and how he perceives Marijuana, otherwise called ‘Ganja or Weed’ in local parlance.
How true is it that some Nigerian musicians are into Cab-driving here in United States?

Musically, it is very tough in America if an artist is not up to the task. Such moment that person would have no option.

When last did you see Majek Fashek?

It is been a long time. I spoke to him few weeks before I left for Nigeria for my media tour. Majek complained to me that he is sheltered in a house that there is no light and things are not okay for him. He said the people are using his name to go around government establishments to collect money, but not doing anything for him. As such, I was looking forward to seen him to further help him. When Majek was in California here, he was quite different and when he returned to Nigeria his life took a different turn.

Initially he was into drugs; some of his friends here helped him. But we needed to ensure his health was stable, not waiting, he traveled to Nigeria. I used to talk to Majek from America through his handlers’ phone number. When I got to Nigeria, they prevented me from seeing Majek because the line was cut off.

We heard that Majek was taken to Psychiatric Hospital and Spiritual Homes for health recovery in Nigeria. What is your view?

Well, I do not have any information on that. Like I said the only contact I used to have on Majek was through his handlers, but the line had been tossed off by them (the handlers).

How about the lowest moments in your life?

That was when Nigerians soldiers killed my family. It was during the Biafra period while I was 5 years old at that time; Nigerian soldiers entered my father’s compound and killed every members of my family. They killed some of my Uncles. One of my Uncles was killed and thrown into the well. So, they destroyed my life.

That is why when you listen to all my songs, I preach against oppression. Lots of people suffered in that war and many generations were wasted. Somebody had to tell someone else that you cannot just treat people like that because we the South-South region then had all the resources.

That is why the country is in this present circumstance. These soldiers massacred everybody in my compound. They killed my sister, an undergraduate who begged them to spare her life.

What was your experience like when you first entered United States?

I am a Lion who can survive anywhere I am. The higher I go, the better I survive. My entire reggae adventure in America is similar to Bob Marley. An American man who popularized reggae music in the United States, worked closely with Marley and ensured reggae music enjoyed massive air play on radio, television and newspapers’ review saw me as a young, creative reggae artist and strongly believe that I have got a talent that can impact on humanity. He looked for me and got me a record deal in Massachusetts in America.

That was my evolution into mainstream reggae world in United States. While the process was on for me to be signed on, it was initially difficult for me to start driving around in my DVD and begging to perform; all that became history after I came on the record label.

How about your reggae friendship with Ras Kimono in America?

There was a time I had a music show in New York and Ras Kimono came to witness it. It was a successful show. Kimono and I have a lasting friendship. The show was jam-packed. I was performing 7 days a week by then.

Most reggae musicians are Rastafarians. Some of them take drugs to get inspiration and be ‘high.’ Do you take drugs or smoke Marijuana (Indian hemp) to ‘get high’ on stage?

They are herbs created by Jah to give man inspiration as he takes his dominion over situations of life. Man should have dominion over it and not the other way round. ‘Weed’, that is Marijuana is just like food that people eat to feel better. Ganja (Marijuana) is a healing of the mind. You saw what Marley was doing during his lifetime because he had it under control.

There is nothing wrong in smoking ‘Weed,’ but something is wrong when people abuse it. Cocaine is a hard drug that is bad. The ‘Weed’ takes you higher to a level of consciousness. I am naturally too high to take something that would make me higher to destroy my systems.

Are you saying you don’t take Marijuana?

How did you feel the first time you tasted ‘weed’?

So, how do you get inspiration?

You get inspiration alone by the highest Jah. Remember in the old days, how the prophets get revelation through visions. Till today, many of us still get inspiration from God the creator of mankind. We have the DNA or gene of our father in us.

What message do you have for your fans worldwide?

My message is that we should all wake up from our slumber because so much is happening, nothing is done. Martin Luther King says “Freedom is not gotten by people that are oppressing you, but it is demanded by people that are oppressed.” Emancipation of people is important and the governments are not willing to change their systems. If we want total victory, we should stand up and join the ‘Freedom Train’ to emancipate ourselves.