Chief of Army Staff (COAS), Lieutenant General Azubuike Ihejirika, on Wednesday revealed that some soldiers have been interacting with Boko Haram insurgents and divulging vital secrets of the army’s military operations. 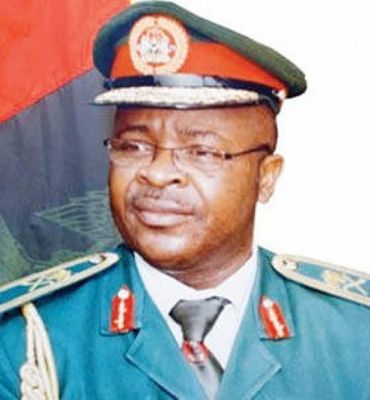 General Ihejirika made the startling revelation in Abuja at a seminar on personnel management and development organized by the Army Transformation and Innovation Center.

The COAS, who was deeply distressed by the development, stressed that soldiers who collaborated with Boko Haram militants had hampered military  operations, even causing the death of soldiers.

A few months ago, some soldiers traveling from Akure to Kachia in Kaduna State to train prior to deployment in neighboring Mali were ambushed and killed in Okene, Kogi State. The COAS disclosed that a soldier had supplied information about the troops’ movement to the insurgents, enabling Boko Haram insurgents to mount a surprise and successful attack.

A military source reported that the Army had arrested one of the major culprits who provided critical information that led to Boko Haram’s attack in Okene. “We have not released details of the soldier caught in the act, but I assure you he has been apprehended and will be court-marshaled,” said our source.

Our source added that some soldiers had also been identified posting negative comments on the Internet even as other rogue soldiers were communicating with insurgents and giving them information on the movements of troops.

General Ihejirika warned soldiers to desist from disloyal acts, vowing to deal decisively with those found culpable. He added that,with Nigeria’s present security challenges, it was not acceptable for the Army to lose operatives to dismissals. He therefore urged soldiers to be forthright and professional in their activities.

The COAS said that he had advised commanders to take it easy in dismissing soldiers, but insisted that if a soldier’s misconduct was disloyal, then the Army would have no choice than to dismiss and jail him.

General Ihejirika revealed that, as part of its readiness for the security challenges, the Army was training more than 1000 amphibious soldiers to operate in waterways. In addition, the Army was establishing a reserved battalion to be led by a Colonel, supported by 25 other officers, and building 176 Battalion at Gwagwalada in Abuja.

Earlier, the Chief of Army Transformation and Innovation, Major-General Ibrahim Sani, remarked that active digitalized road blocks/ checkpoints have been set up to ensure close monitoring of the movements of criminals, improvised explosive devices (IEDs), arms and ammunitions. He added that the new equipment would reduce the traffic hardship to road users in the country.