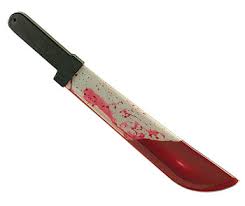 A man identified as Ejiofor Atta has allegedly hacked his 65-years-old father, Felix Atta, to death.

It was gathered that the incident allegedly took place at Umuonu Umuida Enugu Ezike in Igboeze North Local Government Area of Enugu State, even as the reason for his action is yet to be ascertained. The victim was however rushed to the general hospital Ogurutein Enugu Ezike where he was confirmed dead.

The corpse has since been deposited at the hospital mortuary. The Enugu State Police Public Relations Officer, PPRO, Ebere Amaraizu said the command has commenced investigations into the incident.

In a related development, a 56-year-old man allegedly hanged himself inside his room at Umuenachi Amalla Egazi in Udenu local Government Area of Enugu State.

It was gathered that the victim, who is said to be suffering from a partial stroke, was found hanging on the wall hanger.

The police also said investigations into the incident has commenced, while the body of the deceased has been deposited at Prince Eze Hospital Mortuary, Obollo Afor for post mortem examination.