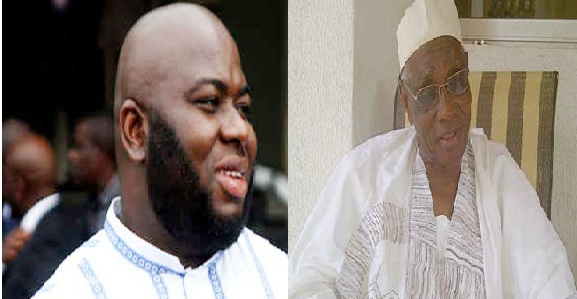 Northern elders have emphatically declared that President Goodluck Jonathan will not be re-elected in 2015.

They, therefore, advised the President’s Ijaw kinsmen to start their much touted war now since Jonathan will not win re-election based on his record of performance.

The northern elders, under the aegis of Northern  Elders Forum (NEF), further argued that Jonathan was not supposed to be president in the first place if he’d respected his party’s much touted zoning formula.

Prof. Ango Abdullahi, a former Vice Chancellor of the Ahmadu Bello University, Zaria, and spokesman for northern elders declared: “We in the North are not going to support Jonathan in 2015 because he has done nothing for this country since he became president.

“In fact, things in this country are worse than they have ever been. So far, in terms of the performance of this president, I don’t see how he can stand and win an election if you judge him in terms of the social, economic and political indices in the Nigerian environment where we are now. Things have gone from bad to worse since his coming.

“In the first place, he should not be sitting as the president of Nigeria going by the zoning formula of his party, the PDP. The president should have come from the North based on the zoning policy of the PDP.

“Under the PDP zoning policy, the North allowed the South to produce the president for eight years, which Obasanjo took and, by their own signature, including Jonathan himself, when he was the Deputy Governor, on behalf of his governor, that the North will then run for eight years and we agreed. Umaru Yar’Ádua started by died after two and a half years.”

Abdullahi continued: “Of course, the constitution allows that his vice should serve out the remaining term of the joint ticket and we did not complain. Commonsense should have dictated to Jonathan that he should be honourable enough to respect the zoning agreement which he was a party to.

“He should have been gentlemanly enough to say to his party, ‘look, I’m not qualified to put up myself for election beyond 2011 and that a northerner should run for the post as agreed.  He did not do so, but came out to say that he did not know about the zoning.

“So, how do you deal with this kind of a person who cannot honour a simple gentleman agreement? So, from all these perspectives, I don’t see how one can support the president or his ability to be able to lead this country.”

On the threat by ex-militant leaders to wreak havoc if Jonathan was not returned in 2015, Prof. Abdullahi noted that he wouldn’t have dignified them with a response but for the fact that he was aware the militants were speaking the minds of those in the ‘corridors of power.’

“My reaction is that but for the fact that I am aware that (Alhaji) Dokubo (ex-N-Delta militant leader) is a spokesperson for the corridors of powers, I would have ignored him. But my reaction now is directed to their leaders, elders, including the president, that if it is their feeling that this is the way things should go, I am saying, on behalf of the Northern Elders Forum, NEF, that they should start the crisis now because I’m putting them on notice that Jonathan will not be president in 2015. So they can start now and we in the North are waiting.”

Prof. Abdullahi boasted that the North would present a common front when it comes to picking a candidate capable of defeating President Jonathan in a free and fair election in 2015.

He said, “Look, what I want to see is democracy in practice so that as many candidates who want to contest the next presidential election, including Jonathan himself, can do so freely, without being witch-hunted or harassed by anyone.

“In fact, I would prefer that Jonathan should contest and I can assure you that he would lose. And as far as the North is concerned, there are many credible and qualified candidates and, once a free and fair election is guaranteed, the people would choose who they want to be their president come 2015.”