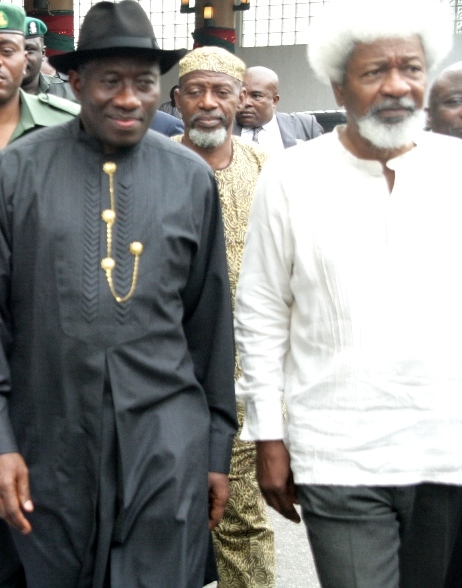 Prof. Wole Soyinka, has called on President Goodluck Jonathan to put a stop to the “culture of executive impunity” currently pervading the country.

The Nobel Laureate on Monday, in a statement entitled, ‘Cool it, President Goodluck Jonathan’, said the call had become imperative to end the arbitrariness “fast becoming the norm” in the polity.

He said, “The increasing flash points in the nation have reached an unsustainable level, and responsible governance must accept that it is an urgent duty to diminish, not increase them.

“Even the notoriously short Nigerian memory remains traumatised by recollection of the rape of Anambra that was enabled by the connivance of federal might, and the abandonment of all moral scruples in executive disposition.

“The people of Ogun State were humiliated by the antics of a power besotted governor, with their elected legislators locked out of the Assembly for upwards of a year.

“That hideous travesty was again made possible by the abusive use of the police.

“Even a child in this nation knows that the police derive its enabling and operational authority from the dictates of the centre. So there can be no disguising whose will is being executed wherever democratic norms are flouted and the people’s rights ground to mush under dictatorial heels.

“Before the irretrievable point of escalation is reached, we have a duty to sound a collective alarm, even without the lessons of past violations of constitutional rights and apportionments of elected representatives of the people and their consequences.

“There is an opportunity in Rivers  State to break this spiraling culture of executive impunity – manifested in both subtle and crude ways – that is fast becoming the norm in a post-military dispensation that fitfully aspires to be called a democracy.”