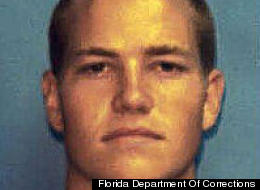 It’s good to have priorities.

He had also been stuffing laptops, medications and various electronics into a suitcase, according to a police report obtained by NBC Miami.

A deputy in the helicopter says he saw Fatzinger run into a second house, then come back out with two bottles of beer. He later discarded the bottles during his getaway attempt.

Fatzinger was eventually cornered by a K-9 and allegedly punched the dog.

His charges include burglary, grand theft, striking a police dog and resisting arrest with violence.

The owner of the beer bottles also wants to press charges against Fatzinger, according to the Sun.

Fatzinger isn’t the only alleged thief to get sidetracked by booze. In 2011, police say Florida man John Robin Whittle ordered a beer at a bar before robbing a bank, then returned to the bar to finish his beer when the robbery was over. Cops arrested him at the bar about 10 minutes after the robbery occurred.