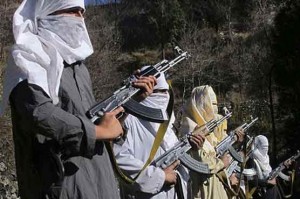 “Three pilot officers were martyred this morning by unknown gunmen… as they were heading to work in Al Anad air base,” said the defence ministry on its website 26sep.net.

The ministry said that the officers were met “by a barrage of gunfire from two men on a motorbike”.

It identified them as three of the “most qualified pilots” — General Mohsen Al Meqdad, General Nasser Al Ban, and General Talal Shehab.

A military official at the base had said that “gunmen shot dead three pilots … north of Huta [the provincial capital] as they were heading towards Al Anad air base,” adding that the killers were “suspected of belonging to Al Qaeda”.

Another army official said the officers trained pilots at the base, built by the British who ruled south Yemen until it became independent in 1967.

Officials said last year that Al Anad air base was being used by US soldiers to train local forces in the fight against terrorism.

Western diplomats at the time said American experts were helping the army in the battle against Al-Qaeda in the Arabian Peninsula (AQAP).

Al-Qaeda was driven out of most of its strongholds across south Yemen in an army offensive backed by US drone strikes last year. The weakened militants have withdrawn to mountainous regions in several provinces.

At the peak of the offensive in May and June 2012, AQAP — classified by Washington as the global network’s deadliest branch — published a list of names of Yemeni pilots based at Al Anad which it vowed to target for conducting air strikes against its hideouts.

Many officials named have since been killed. The names of the three generals killed on Wednesday were not on the list, however.

Police and army officers come under frequent attack, with authorities blaming Al-Qaeda for the assaults which are usually carried out by gunmen on unregistered motorbikes.

In a bid to clamp down on the increasing number of such attacks, authorities earlier this year launched a campaign ordering unlicensed bikes off the streets.

Despite being weaker, Al-Qaeda continues to launch hit-and-run attacks on government and civilian targets across Yemen.

Residents said militants linked to the Ansar Al Sharia group have been distributing posters and leaflets in several towns across Lahij and Hadramaut provinces in the southeast, threatening members of the security forces and urging jihad (holy war).

AQAP is led by Nasser Al Wuhayshi who in July 2011 reaffirmed its allegiance to Ayman Al Zawahiri, head of the worldwide Al Qaeda network, after US forces in May killed its founder, Osama bin Laden. [AFP]