A 27-year-old tailor, Sulaimon Jelili, has been arraigned before an Osogbo magistrate’s court for allegedly raping  a 15-year-old girl (name withheld). 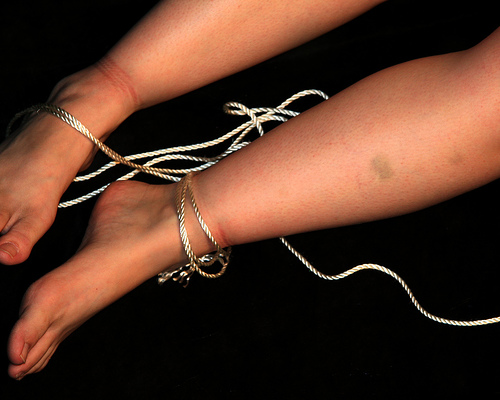 The charge sheet obtained on Friday stated that Jelili committed the crime at Opele compound, off Sabo road, Osogbo, on May 7, 2013.

“He was caught by members of a vigilance group, who  took him to Oke Baale police station.”

The accused pleaded not guilty to the three-count charge of rape, threat to life and molestation – all punishable under sections 212, 86 and 360 of the Criminal Code Cap 34 Vol. 11, Laws of Osun State of Nigeria, 2003.

Oladele said the accused did not only rape the teenager,  but also threatened to kill her and one Owolabi Kabira with a machete.

He explained that the accused person entered the victim’s room through the ceiling and forcefully had carnal knowledge of her without her consent.

Counsel to the accused person, Mr. Okobie Najite, said the alleged offences were bailable and that the accused should be presumed innocent until the contrary is proved.

Najite subsequently urged the court to grant the accused person bail in the most liberal terms.

The Magistrate, Mr Mohammed Lasisi, granted the accused person bail in the sum of N100,000 with two sureties.

Jelili, however, failed to meet the bail conditions and was remanded in custody.