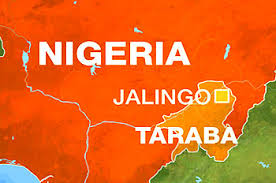 At least 20 people were killed in violent clashes on Friday between Christian and Muslim mobs in Taraba state, prompting a round-the-clock curfew, an aid worker has said.

“We have recovered 20 bodies from the violence so far,” the source, speaking on condition of anonymity on Saturday, said about the unrest in the town of Wukari, some 200 kilometres (125 miles) from the state capital Jalingo.

“We are still going round the town in search of more bodies,” he said on condition of anonymity because he was not authorised to speak to the media about death tolls.

Authorities have imposed a curfew in the area following the bloody clashes, officials said.

Local residents said Friday’s violence erupted when the funeral procession of a traditional chief from the predominantly Christian Jukun ethnic group marched through a Muslim neighbourhood chanting slogans, which Muslims viewed as an act of provocation.

Tensions have been on the rise in the mostly Christian town of Wukari since February, when a dispute over the use of a football pitch between Muslim and Christian soccer teams set off sectarian riots that claimed several lives.