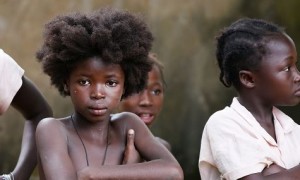 The U.S. Africa Command trained one of the units involved, Commando Battalion 391, in 2010 to be “a model for future reforms within the Congolese armed forces,” according to the AFRICOM web site.

A report by the U.N. Joint Human Rights Office says most of the rapès took place over Nov. 22-23 in the eastern Congo town of Minova.

The report says that “One or two of the soldiers would leave with the looted goods and at least one would stand guard as the remaining (Congolese) soldiers rapèd women and girls in the house. Victims were threatened with death if they shouted; some were rapèd at gunpoint. Most victims were rapèd by more than one soldier.”

“The victims included 33 girls aged between 6 and 17,” Nesirky said.

During their occupation of Goma and Sake, “M23 combatants perpetrated serious violations of human law and gross human rights violations,” Nesirky said, including at least 59 cases of sexual violence.

The mass rapès occurred in November, 2012, after the Congolese army was defeated by the M23 rebels who seized the provincial capital of Goma, in eastern Congo. The national army retreated in disorder.

A small, dusty town on the shore of lake Kivu, Minova is home to several thousand people. For days, the Congolese army rapèd, killed and looted in anger and disarray after their defeat, before discipline could be re-established by army commanders.

The report says 11 Congolese soldiers have been arrested by the Congolese military prosecutor’s office, “including two for murder, but only two for related cases of rapè.” The other charges were not specified.

Military magistrates from both North Kivu and South Kivu, U.N. peacekeeping and humanitarian agency staff traveled to Minova and surrounding villages from Feb. 6-13, and “military investigators took testimony from several hundred victims, including a large number of victims of sexual violence,” the report said.

Roger Meece, head of the U.N. mission in Congo, said the investigation “should be pursed in an independent and credible manner.”

“Those responsible for such crimes must know that they will be prosecuted,” U.N. High Commissioner for Human Rights Navi Pillay said in a statement, calling the sexual violence outlined in the report “horrifying” in scale and systematic nature.