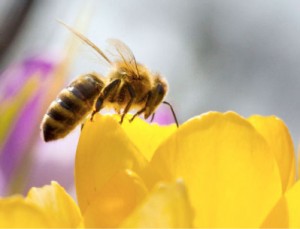 If reports from the researches of a team of medical practitioners at the Washington University School of Medicine, USA, and the testimony of an Ibadan-based apitherapist are anything to go by, perhaps the world should get ready to heave a sigh of relief from AIDS and cancer.

Unlike most other ailments where the body’s defence apparatus fights foreign objects thereby protecting the body, HIV attacks the soldiers, the T-helper lymphocytes, also called CD4 or T4 cells.  Noted Wikipedia Free Encyclopedia; these are white blood cells that are essential part of the human immune system. They are called helper cells because one of their main roles is to send signals to other types of immune cells, including CD8 killer cells.

T4 cells send the signal and CD8 cells destroy and kill the infection or virus. But as a popular Igbo adage says, when the lion is incapacitated, the antelope visits to settle old scores, so if CD4 cells become depleted, as is the case in untreated HIV infection, or immune suppression, the body is left vulnerable to a wide range of infections that it would otherwise have been able to fight.

Following the report of the US-based medical scientists (Hood J.L, Jallouk A.P, Campbell N, Ratner L and Wickline S.A) that a toxin (melittin) found in bee venom could destroy HIV and tumor cells without harming nearby cells, there have been varied reactions from the public. Some described it as a miracle, others  were skeptical while a few said it was impossible.

Bee venom as a weapon:

Engr. Ayodele Salako, an Ibadan-based apiculturist/apitherapist, said although most orthodox medicine practitioners do not believe in alternative medicine, the answer to most diseases of man lies with nature and, unless we go closer to nature, we will not discover its many wonders.

He added, honey bee venom, also called apitoxin, is one of the major products of the bees and they use it to defend themselves, the queen bee and their territory, it is their weapon. Also God has put something in the bee venom for healing so once a bee stings you, 45 minutes or one hour later, it dies and that venom, within your body system, begins to do a lot of wonders. The introduction of that venom through the stinger into your system may cause some pains and that pain is the pain that kills pains, he said.

Salako reeled out a number of ailments that could be combated with bee venom which include headache, insomnia, osteoarthritis, fractures, inflammation, high blood pressure, skin problems, back pain, infertility in women, eye problems, wounds that have refused to go for about two-three years. The best remedy for arthritis is Bee Venom Therapy, BVT, he stated.

Mr. Ndubuisi Okwum , a staff of Scripture Union, Nigeria, echoed Salako’s view. He said: I learnt a bit of apiculture at Umudike, Abia State and since the 90s, I have known that bee sting can cure malaria (acupuncture), so I am not surprised at this recent research development.

Mr. Harry Porter, reacting to the story, HIV, cancer: Bee venom to the rescue on Vanguard website, said; this is what we call nature signature. This is the suggestion of what a fruit or leaf or animal or insect can cure by looking at its structure and what it resembles. Taking a good look at bees, you can see that the comb resembles a DNA structure and a virus. So it’s a great possibility that the cure for HIV can come from it. More research is needed to get a pure sample that will do this without rendering the surrounding cells useless or dead.

If you have a severe headache and I administer BVT via a bee sting, there will be quick relief. As an apitherapist, I studied body anatomy so I know at what points to apply the bee sting so that the venom can be carried through the required route to the targeted site. If you complain of insomnia and I give you BVT, within 20 minutes, you will sleep off,” said Salako, noting that “a farmer who goes to the farm and is being stung by bees will not fall ill easily. He is free from having fever regularly, free from insomnia, high blood pressure, skin problems, eye problem, back pain, HIV etc. Bee venom is very powerful against many ailments.”

Salako, who claims to have been treating HIV-positive people with bee venom, said; I have used bee venom to treat some HIV positive patients. I say it on live broadcast but many people don’t believe it. If one can just look for one confirmed HIV-positive patient, they should send him/her to me. After 8-12 weeks of treatment, the person will go for another test. Usually, after the first 8-12 weeks of treatment, he will notice a decrease in the viral load. Then we continue the treatment for another 4-5 weeks and the patient goes for another test until there is no more AIDS virus in the system. Apart from the BVT, I also apply other bee products like propolis with honey. 

The researchers had said that bee venom contains a potent toxin called melittin that can poke holes in the protective envelope that surrounds HIV and other viruses. It has even shown melittin-loaded nanoparticles to be effective in killing tumor cells.

Asked if any kind of bee could be used for BVT, Salako replied in the negative saying; the female bees are the only ones that can sting so only female bees are used in BVT.

Some people argue that if the anti-HIV/cancer activities of bee venom proves to be true, then bees may become extinct sooner than later but Salako allayed this fear saying that a queen can lay about 2,500 – 3,000 eggs per day, adding that it will rather create the much needed job for the youths.