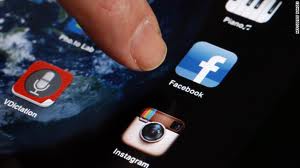 A study claims that evolution’s making us dumber, and internet, smartphones, reality shows and junk food are to blame.

Science speak: “The entertainment we consume can influence our emotions and behaviour” – according to the study, A Story About a Stupid Person Can Make You Act Stupid (or Smart), by Markus Appel.

What it means: You are what you watch and watching dumb people do dumb stuff can make you dumb too.

Researchers conducted a study wherein they made people watch a video called “foolish soccer hooligan” – a man who wakes up, gets drunk, goes to a soccer match and picks a fight.

Another group of people watched the story’s longer version where the guy does nothing stupid. The latter beat the former at a general knowledge test.

Science speak: “Scientists say people who constantly multitask are more easily distracted. Such task-switching, aka multi-tasking, has been shown in several studies to increase stress, which can interfere with short-term memory, leading to more mistakes,” according to a magazine.

What that means: How many us deserve a degree in Angry Birds rather than whatever course we were pursuing in college, considering how many hours in every lecture were dedicated to slaying those pigs?

Do you feel the sudden desperation to type “whatsupp dude” to anyone on your contact list the minute your boss starts a meeting? Blame the smartphone. Thanks to it, we just don’t have any attention span left.

It also makes us think we’re superhumans who can text, drive and sing all the lyrics to the new Justin Bieber song – all at the same time. Isn’t that evidence enough of our stupidity? What good have smartphones done till now anyway?

How is “gr8 prty c u l8r” better than the grunting of our prehistoric ancestors? Although there still isn’t any neurological study to substantiate the fact that smartphones make us dumb, there are “distraction studies” aplenty.

Science speak: According to Briston University study, children who eat junk food grow up with a lower IQ. The brain grows at its fastest during the first three years and good nutrition during this period may encourage optimal brain growth.

What it means: You mean junk food makes us fat and stupid? If you hadn’t yet lost your will to live, here’s another piece of bad news – sugar makes you dumb too.

Researchers at UCLA found that rats had a harder time navigating a maze after eating a fructose-only diet.

Science speak: Google is replacing our brains. Earlier we had fewer resources (i.e. books) to gain information and knowing we didn’t have 24/7 access to those meant our brains stored the information. With the advent of Google, our brains no longer know how to retain the info, according to Forensic Psychology.

What it means: Using Google is marginally better than flushing your brain down the toilet. Think that was a little too harsh?

Well, that was nothing compared to the website’s melodramatic ending to the study: “if Google were to explode, so would our memory”.

All this sounds like a plot of one of those Will Smith vs the Robots movies, we know, but this is real life!