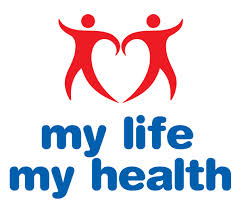 Gallstones are one of the most prevalent diseases affecting the gastrointestinal tract. They were once associated with older people, but younger people today are developing gallstones due to poor dietary- and stressed life-styles.

Gallstones are crystal-like masses formed within the gall bladder by the accumulation of bile components. It ranges from a grain of sand to 3-4cm. The gall bladder is a small organ located on the right side of the liver, attached to the common bile duct. Its main function is to store bile (produced by the liver) and secrete it into the small intestine for the digestion of fat.

Gallstone is formed as a result of precipitation of cholesterol and bile salts from the bile.

The prevalence of gallstone is lower in Africans than the western world. This difference is attributed to differences in dietary cholesterol and or fibres in diet.

There are three types of gall stones: cholesterol stones (yellow-green and made primarily of hardened cholesterol); pigment stones (dark stones that develop in people with pre-existing conditions like sickle cell, cirrhosis, and biliary tract infection); and mixed stones — the most common type.

The medical understanding of how gallstones develop is increasing. It is believed that gallstones may be caused by a combination of factors, including heredity, obesity, and the inability of the bladder to contract.

Risk factors that may lead to the formation of gallstones include gender (women between 20-60 years of age are twice likely to develop stones than men); increasing age over 60 years; oestrogen (birth control pills, pregnancy, hormone replacement therapy); obesity, fasting (inhibits the gall bladder’s ability to contract, causing high concentration of cholesterol build-up in the bile;) adults who consume diet high in fat and sugar, along with inactive lifestyle.

Other factors include rapid weight loss or constipation. This is why any attempt to lose weight should be with proper medical supervision that ensures regular daily bowel movement.

Again, inadequate use of vitamin supplements such as folic acid, magnesium, calcium and vitamin C can cause gallstones; just as E.coli infection can also cause it. E.coli is a bacteria found within the colon and the digestive system. Research showed that many patients with pigment stone have large concentration of bacteria in their bile.

Another agent is roundworm infection, as over 70 per cent of patients with pigment gallstones have part of roundworm or its eggs within the stones. The use of medications to remove worms at least once or twice a year will guard against this.

Another cause of gallstones is liver cirrhosis (due to heavy alcohol consumption, infection, heavy metal deposits in the body and food toxins); and sickle cell anaemia. In fact, gallstones are common in sickle cell anaemia, according to National Digestive Diseases Information Clearing House. Sickle cell disease is a genetic disease that causes deformation of red blood cells. These deformed cells are broken down and release large amount of bilirubin, which accumulate in the gall bladder, forming pigment stones.

Gallstones may be asymptomatic for years. Called “silent stones,” they do not require treatment. Symptoms only begin to appear once the stone is greater than 8mm.

Symptoms of gallstones are similar to those of acute abdominal crisis in sickle cell anaemia, heart attack, appendicitis, ulcers, pancreatitis, and hepatitis. So, accurate diagnosis is important.

Symptoms occur as a result of a weak liver and congested gall bladder and may vary; it often follows a fatty meal and worse at night. These include abdominal bloating, recurring intolerance to fatty food, recurrent pain in the upper abdomen that increases rapidly and last from 30 minutes to several hours; pain in the back around the shoulder blade; pain under the right shoulder; nausea or vomiting; indigestion and belching; increase allergies; depressed immune system and increased desire for sugar.

Complications that can occur following biliary obstruction and inflammation of the gall bladder include cirrhosis of the liver, and scarring of the liver.

Before now, the treatment of symptomatic gallstones is surgery, but with the use of modern Mayr medicine at MART-Life Detox Clinic, success stories have been recorded. Recently, we treated a 34-year-old Sickler (TG) who has gallstones and had been scheduled for surgery, which he declined. He was rushed to our clinic early April in painful crisis. He could barely sit up without experiencing terrible pain, he was wasted, febrile, jaundiced and dehydrated, with abnormal vital signs.

Abdominal scan demonstrated a thickened wall with echogenic fluid and a thin calculus measuring about 4.2mm. Blood test showed abnormal liver function. He was admitted and further investigated with an Asyra test, which confirmed a weakened gall bladder. Food and environmental sensitivity test were also carried out and he was placed on a customised Mayr diet, orthomolecular supplement and Mayr detox therapies, which is the main focus of treatment at MART-Life Detox Clinic.

On the third day of therapy, the abdominal crises stopped, vital signs became stable, jaundice became clear at about the fifth day and he passed some darkish substances during his bowel movement on the sixth day, which we believe were the crushed gallstones. A repeat scan done on the seventh day showed a thickened bladder wall with no evidence of gallstones and he was discharged on the 10th day.

The Mayr therapy for gallstone removal indicates that most gallstones will be dissolved and passed out of the bowel within a 10-day therapy.