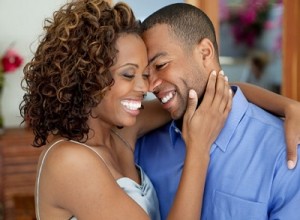 Women at their peak fertility prefer the smell of men oozing with testosterone, a new study finds.


Ovulation has been shown to impact a woman’s mating preferences. For instance, women in the fertile phase of their menstrual cycle favor more masculine traits, such as a deep voice or manly face, characteristics associated with the hormone testosterone, studies have found. Other research suggests fertile women are attracted to men with high levels of the stress hormone cortisol, which may be involved in stronger immune systems.

In the new study, researchers tested how women’s sèxual scent preferences changed depending on men’s levels of testosterone and cortisol. Male volunteers were given T-shirts to wear for two consecutive nights, during which time they were prohibited from using scented soaps or detergents; drinking or smoking; or eating garlic, onion, green chiles, strong cheeses and other pungent foods.

Then, female volunteers sniffed the men’s shirts and rated the pleasantness, sèxiness and intensity of the smells (on scales from 1 to 10). The women also completed a questionnaire about their stage in their menstrual cycles and whether they were using hormonal contraception.

The researchers took saliva samples from the men to measure hormone levels of testosterone and cortisol.

Women who were at the most fertile stage of their menstrual cycles preferred the smell of men with higher testosterone, rating these “manly” shirts as the most pleasant and sèxiest, results showed. The women showed no preference for the smells of men with higher cortisol levels. Without taking the women’s fertility into account, neither hormone had an influence on how attractive the men smelled.

The link found between testosterone and smell attractiveness contrasts with the findings of a previous study. That study sampled a smaller group of subjects (19 men versus the current study’s 46 men), which could weaken the significance of the findings. However, that study tested for testosterone three times throughout the day, making it more sensitive to the hormone’s frequent fluctuations.

“This is a controversial research area. Studies are highly inconsistent,” psychologist Wendy Wood of the University of Southern California, who was not involved in the study, told LiveScience in an email. “Only a few studies have shown that women’s menstrual cycles influence their mate preferences — many more find no effects of menstrual cycles on preferences,” Wood added.

The chemical androstenol contributes to the musky smell of body odor. Men produce much more of this chemical than women, and testosterone levels may be linked to production of these molecules, the researchers suggest. If so, the women in the study may be responding to these subtle odor cues.

If the findings can be replicated, scientists could try to identify these odor molecules, and then figure out how they influence human scent preferences.

Whether these chemicals are signals of masculine qualities, or just a byproduct of them, remains unclear.8