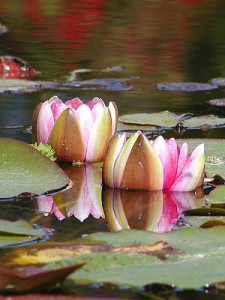 1. Examine life, engage life with vengeance; always search for new pleasures and new destines to reach with your mind. This rule isn’t new. It echoes the verses of ancient Greek philosophers and most notably those of Plato through the voice of his hero, Socrates.  Living life is about examining life through reason, nature’s greatest gift to humanity. The importance of reason in sensing and examining life is evident in all phases of life– from the infant who strains to explore its new surroundings to the grandparent who actively reads and assesses the headlines of the daily paper.  Reason lets human beings participate in life, to be human is to think, appraise, and explore the world, discovering new sources of material and spiritual pleasure

2. Worry only about the things that are in your control, the things that can be influenced and changed by your actions, not about the things that are beyond your capacity to direct or alter. This rule summarizes several important features of ancient Stoic wisdom — features that remain powerfully suggestive for modern times. Most notably the belief in an ultimately rational order operating in the universe reflecting a benign providence that ensures proper outcomes in life.  Thinkers such as Epictetus did not simply prescribe “faith” as an abstract philosophical principle; they offered a concrete strategy based on intellectual and spiritual discipline.  The key to resisting the hardship and discord that intrude upon every human life, is to cultivate a certain attitude toward adversity based on the critical distinction between those things we are able to control versus those which are beyond our capacity to manage.  The misguided investor may not be able to recover his fortune but he can resist the tendency to engage in self-torment. The victims of a natural disaster, a major illness or an accident may not be able to recover and live their lives the way they used to, but they too can save themselves the self-torment.   In other words, while we cannot control all of the outcomes we seek in life, we certainly can control our responses to these outcomes and herein lies our potential for a life that is both happy and fulfilled.

3. Treasure Friendship, the reciprocal attachment that fills the need for affiliation. Friendship cannot be acquired in the market place, but must be nurtured and treasured in relations imbued with trust and amity. According to Greek philosophy, one of the defining characteristics of humanity that distinguishes it from other forms of existence is a deeply engrained social instinct, the need for association and affiliation with others, a need for friendship. Socrates, Plato, and Aristotle viewed the formation of society as a reflection of the profound need for human affiliation rather than simply a contractual arrangement between otherwise detached individuals. Gods and animals do not have this kind of need but for humans it is an indispensable aspect of the life worth living because one cannot speak of a completed human identity, or of true happiness, without the associative bonds called “friendship.” No amount of wealth, status, or power can adequately compensate for a life devoid of genuine friends.

4. Experience True Pleasure. Avoid shallow and transient pleasures. Keep your life simple. Seek calming pleasures that contribute to peace of mind. True pleasure is disciplined and restrained. In its many shapes and forms, pleasure is what every human being is after. It is the chief good of life. Yet not all pleasures are alike. Some pleasures are kinetic—shallow, and transient, fading way as soon as the act that creates the pleasure ends. Often they are succeeded by a feeling of emptiness and psychological pain and suffering. Other pleasures arecatastematic—deep, and prolonged, and continue even after the act that creates them ends; and it is these pleasures that secure the well-lived life. That’s the message of the Epicurean philosophers that have been maligned and misunderstood for centuries, particularly in the modern era where their theories of the good life have been confused with doctrines advocating gross hedonism.

5. Master Yourself. Resist any external force that might delimit thought and action; stop deceiving yourself, believing only what is personally useful and convenient; complete liberty necessitates a struggle within, a battle to subdue negative psychological and spiritual forces that preclude a healthy existence; self mastery requires ruthless cador. One of the more concrete ties between ancient and modern times is the idea that personal freedom is a highly desirable state and one of life’s great blessings. Today, freedom tends to be associated, above all, with political liberty. Therefore, freedom is often perceived as a reward for political struggle, measured in terms of one’s ability to exercise individual “rights.”

The ancients argued long before Sigmund Freud and the advent of modern psychology that the acquisition of genuine freedom involved a dual battle. First, a battle without, against any external force that might delimit thought and action. Second, a battle within, a struggle to subdue psychological and spiritual forces that preclude a healthy self-reliance. The ancient wisdom clearly recognized that humankind has an infinite capacity for self-deception, to believe what is personally useful and convenient at the expense of truth and reality, all with catastrophic consequences. Individual investors often deceive themselves by holding on to shady stocks, believing what they want to believe. They often end up blaming stock analysts and stockbrokers when the truth of the matter is they are the ones who eventually made the decision to buy them in the first place. Students also deceive themselves believing that they can pass a course without studying, and end up blaming their professors for their eventual failure. Patients also deceive themselves that they can be cured with convenient “alternative medicines,” which do not involve the restrictive lifestyle of conventional methods.

6. Avoid Excess. Live life in harmony and balance. Avoid excesses. Even good things, pursued or attained without moderation, can become a source of misery and suffering. This rule is echoed in the writings of ancient Greek thinkers who viewed moderation as nothing less than a solution to life’s riddle. The idea of avoiding the many opportunities for excess was a prime ingredient in a life properly lived, as summarized in Solon’s prescription “Nothing in Excess” (6th Century B.C.).  The Greeks fully grasped the high costs of passionate excess. They correctly understood that when people violate the limits of a reasonable mean, they pay penalties ranging from countervailing frustrations to utter catastrophe. It is for this reason that they prized ideals such as measure, balance, harmony, and proportion as much as they did, the parameters within which productive living can proceed. If, however, excess is allowed to destroy harmony and balance, then the life worth living becomes impossible to obtain.

7. Be a Responsible Human Being. Approach yourself with honesty and thoroughness; maintain a kind of spiritual hygiene; stop the blame-shifting for your errors and shortcomings. Be honest with yourself and be prepared to assume responsibility and accept consequences. This rule comes from Pythagoras, the famous mathematician and mystic, and has special relevance for all of us because of the common human tendency to reject responsibility for wrongdoing. Very few individuals are willing to hold themselves accountable for the errors and mishaps that inevitably occur in life.  Instead, they tend to foist these situations off on others complaining of circumstances “beyond their control.” There are, of course, situations that occasionally sweep us along, against which we have little or no recourse. But the far more typical tendency is to find ourselves in dilemmas of our own creation — dilemmas for which we refuse to be held accountable. How many times does the average person say something like, “It really wasn’t my fault. If only John or Mary had acted differently then I would not have responded as I did.” Cop-outs like these are the standard reaction for most people. They reflect an infinite human capacity for rationalization, finger-pointing, and denial of responsibility. Unfortunately, this penchant for excuses and self-exemption has negative consequences. People who feed themselves a steady diet of exonerating fiction are in danger of living life in bad faith — more, they risk corrupting their very essence as a human being.