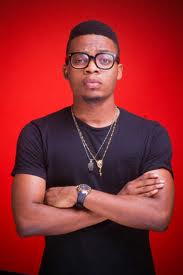 When grassroots-to-limelight Yoruba rapper, Dagrin, died in a road crash in 2010, the lamentation that greeted his passage had hardly died down when some other up-and-coming singers started scheming to fill the vacuum created. As is done when star artistes pass on, they wanted to take advantage of the gap, with some of them not minding becoming new Dagrin.
But as it normally happens in such a circumstance, all of them failed to realise their dreams. The lesson they failed to learn is that, no artiste can really replace another one. That is why no one has been able to replace a Fela, Tupac or Sikiru Ayinde Barrister in the real sense of it. People may try to be opportunistic but it will be extremely difficult to convince listeners or the audience that the dead man has resurrected.

Instead of aping the fallen hero, perhaps the best thing to do is to hone one’s talent and work hard at one’s style, especially if it is close to that of the deceased. If it is done well, the market will have no other option than to look in one’s direction. This seems to be how rave-of-the-moment and weird Yoruba rapper, Olamide has proved wiser than his peers who were trying to ape Dagrin.

Also called Young Erikina, the artiste has demonstrated much versatility in his songs, Eni Duro and Bend down Low, to the extent that he has broken into the league of the big players. While it has been rumoured that a major telecoms player has struck a N25m deal with him, D’Banj’s new strategic romance with Olamide made him (Olamide) the subject on the lips of many followers of the sector. Apart from featuring him in a song, there are reports that the younger act has been signed onto D’Banj’s label, a move that, many believe, is going to be mutually rewarding.

Such a move would naturally make some guys remember D’Banj’s epic divorce with Don Jazzy, and either sees the romance with the younger act either as a survivalist ploy or a strategic one. But the fact is it is a good story for Olamide and a sign that he is doing well and may just be one of the artistes to dictate the space in the next few years.

Although there has not been any official confirmation, D’banj’s younger brother, Kay Switch, welcomed Olamide to the family on Twitter on Wednesday. Tweeting via his handle, @kayswitch, Kay Switch stated, “Welcome to the family, Baddo.” Baddo is Olamide’s nick name. The music star is currently in Atlanta with D’banj for a music performance.