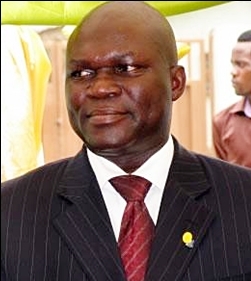 Abati, who was speaking in an interview with SaharaTV on Saturday, accused Human Rights Watch (HRW) and the media of playing politics by distorting the facts on the reported 180 – 200 deaths recorded in the clash between the military and suspected members of Boko Haram in the remote town near the Chad border.

“The position of the government is that there was no massacre in Baga. Two, the reports by investigators also made it clear that the Boko Haram terrorists were the ones who set houses on fire, and the ones who have turned Baga into an enclave within the Nigerian State. And to the extent that that is true means that the terrorists are determined to violate the sovereignty of Nigeria,” Abati said.

He insisted that the figures being bandied around remained largely unsubstantiated just as he declared the FG’s readiness to allow international agencies to come and investigate the incident.

“Whoever wants to come and investigate is welcome. But what we expect is that people will be truthful, and that they will not play politics, or set out to work to a predetermined formula or answer, as seems to be the case at the moment,” he added.

The president’s spokesman, who confirmed that he had seen the satellite images of the incident being circulated by HRW, described them as ‘questionable.’