It is no longer news that foremost Nollywood film producer and director Eddie Ugbomah was not at the Candle-light service held a few weeks ago for the late actor Justus Esiri. 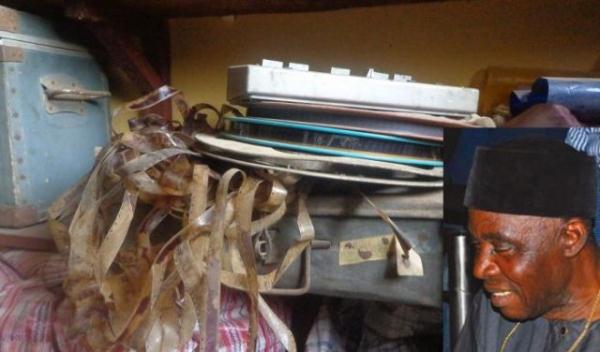 What many did not know before now was the reason why the man who has the single honour of been one of Nigeria`s early film-makers and presently remains the Chairman Board of Trustees for both The Directors Guild of Nigeria (DGN) and the Association of Movie Producers(AMP) refused to grace the occasion.

NOLLYWOOD INSIDER, in its characteristic manner, cornered Eddie at his Oko-Afo, Badagry Expressway residence penultimate Monday, during which the elderly film guru expressed his mind, “If I had gone there, I would have destroyed the place, calling those boys and girls, that may God punish all of them.

What did they burn candle for? Did they ever do Justus Esiri Day while he was alive? When I was 70, only five of them showed up even while I am the Chairman of the Board of Trustees for both the DGN and AMP. Who is Nollywood than me? But because they are nonentities who live in tribal camps, fighting one another so that they can go to government Ministries to collect peanuts; that was why people like Ejike Asiegbu wanted to be AGN`s president forever.

These are the people you journalists should expose. What is Jide Kosoko still doing as the president of ANTP? He has been overdue for the past four years. But it is because he would always be called to represent Yoruba film practitioners, like he was invited by Amaka Igwe. When did Amaka attend any Nollywood programme? So what are they doing a Candle-light for?