At least three people, one of them a local government councilor contestant, were killed in various parts of the Kogi State yesterday as violence marred the local council elections. 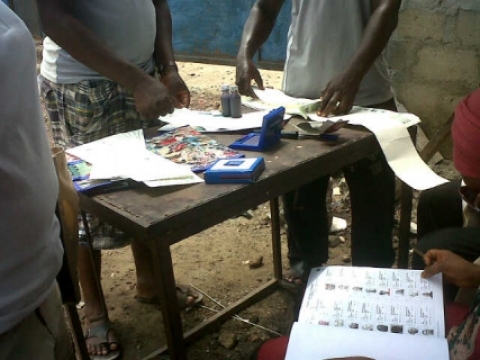 One of the victims was identified as Adonis Omeh, an aspirant for the office of Councilor on the platform of the PDP in Awo Ward1, Ojuku District of Ankpa; while the other was identified as Augustine Ebo. The third was reportedly killed at Kogi Local Government Area in similar circumstances.Two of the dead were members of the Peoples Democratic Party (PDP). A source said they were shot dead at Dekina Local Government by security forces on the eve of the election for allegedly attempting to sabotage the movement of election materials to various polling centers.

Some members of the PDP have accused opposition parties of instigating their killings.

But on the eve of the elections three opposing parties, ANPP, CPC and the ACN had dissociated themselves from the event, claiming to have uncovered plots by the PDP to rig the election at the polling units. That withdrawal of interest, a source said, resulted in a low voter turnout as it left the field free for the PDP to execute its alleged rigging plans.

An election observer said some agents of the PDP were seen stuffing multiple ballot boxes at a polling unit in Lokoja, the State capital.

In addition to the killings, there were reports of electoral violence in Mopa Local Government as attempts were made to burn down the house of the Kogi State Deputy Governor in the area. A family source said the attempt was foiled.

On Saturday morning, fire erupted in the office of the PDP Chairman in Ayangba in Dekina Local Government Area. Observers described it as politically-motivated.

Also today, as election results were being awaited, another attempt by angry youths to burn down a facility of the Independent National Electoral Commission in Dekina Local Government area was foiled. They faulted the election as having been unilaterally conducted by the PDP.

Meanwhile, a former Governor of the State, Abubakar Audu, has urged the Inspector General of Police, Mr. Muhammed Abubakar, to investigate and apprehend the men who killed his cousin during the electoral violence, alleging that they were disguised in police uniforms.