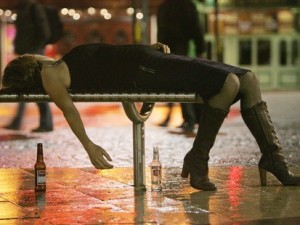 Hong Kong’s security minister came under fire today for saying women should “not drink too much” if they wanted to avoid being raped, China. Secretary for Security Lai Tung-kwok was presenting figures on crime in the city for the first quarter, which showed that rape cases soared 60 percent, when he made the comments. “All of these rape cases happened between those who know each other. They are either friends, close friends or they just met a few hours ago,” Mr Lai said during the presentation yesterday. “Some of these cases also involved the victims being raped after drinking quite a lot of alcohol. So I would appeal that young ladies should not drink too much,” Mr Lai said. Angry Twitter and Facebook users blasted Mr Lai’s comments. “Hong Kong Secretary for Security advises that ‘young ladies not drink too much’ after rise in rapes. Or, gosh, maybe tell men not to rape?” Hong Kong-based Twitter user Miss O’Kistic said on her feed. “Doesn’t matter if the woman has been drinking or dressing “provocatively”. Rape and Sexual Violence against Women are never ok!!” Facebook user Noreen Mir wrote on the wall of protest group SlutWalk Hong Kong. Women’s rights campaigners said Mr Lai should retract his remarks and concentrate on preventing sex crimes and arresting attackers. Linda Wong, executive director of Hong Kong’s Association Concerning Sexual Violence Against Women, said Mr Lai’s comments were a backward step after rights groups had campaigned to encourage rape victims to come forward. “The under-reporting of rape in Hong Kong is already very high and some of the reason is women feel that people will put all the blame on them,” she said. Si-si Liu, director of the Hong Kong Federation of Women’s Centres, said the remarks were “not the message that the government should be sending out”. The Security Bureau had no immediate comment on the response. It confirmed that the number of rapes in the first quarter had risen by 13 to 35. There were 121 cases of rape in Hong Kong in 2012, an increase of 33 percent on the previous year.
AdvertisementABUJA DOCTOR REVEAL THE UNIQUE WAY TO PERMANENTLY CURE WEAK ERECTION, SMALL AND SHAMEFUL MANHOOD AND INFERTILITY ISSUES WITHOUT SIDE-EFFECTS WITHIN SHORT PERIOD!! DON'T BE A VICTIM!! Click Here for More Details